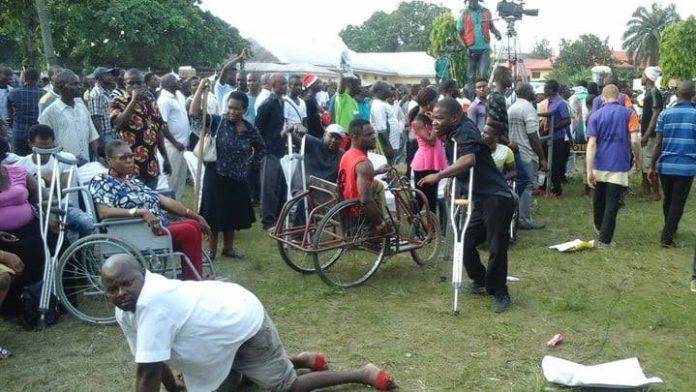 Some civil society organisations in Rivers State under the aegis of the Rivers State Women and Youth Agenda, have lamented that disabled persons in Nigeria are sidelined in politics.

The group of CSOs represents the priorities of women, young people and persons with disabilities in Rivers State.

It stated that women, youths and PWDs should account for 35 per cent of all elective and appointive positions in the country across the board.

This was disclosed in a communiqué hoisted on global change platform, change.org, on Thursday.

The communiqué was titled ‘Women, Youth, and People with Disabilities should occupy 35 per cent of elective, appointive positions’.

The groups noted that after online consultations in the 23 local government areas in the state, they reached some decisions, one of which was asking the Rivers State House of Assembly and other stakeholders to incorporate PWDs into campaign groups and policy-making bodies in the polity.

“Women and youths, including persons with disabilities, are underrepresented in politics and governance processes and their priorities are systematically neglected.

“The Agenda contains a range of actions which we expect electoral candidates, political party executives, and the leadership of the Inter-Party Advisory Council to commit to,” they said.

It expressed the need for government to initiating and supporting bills that would address the needs of persons with disabilities in the state.

“The leadership of political parties should adopt a permanent discount for the cost of nomination and expression of interest forms for women, youth, and persons with disabilities in party policies,” part of the statement read.