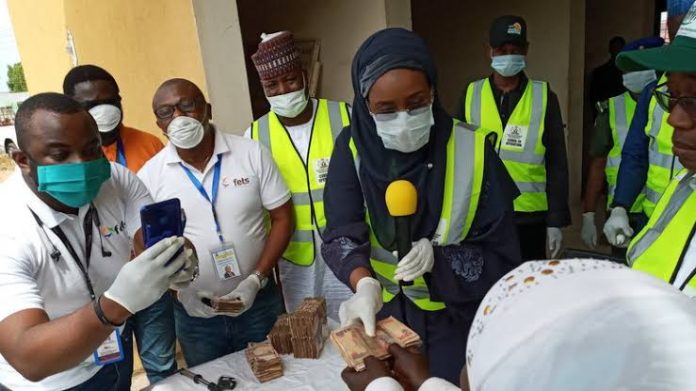 FG stated that since the Scheme was launched in 2016, 2 million Nigerians have benefited.

This was disclosed by the head of the National Cash Transfer Office (NCTO), Dr. Ibraheem Adam in an interview with the News Agency of Nigeria (NAN) at the virtual International Financial Conference in Abuja on Thursday.

He noted that the programme enrolled beneficiaries from the rural areas across 36 states of the federation and the Federal Capital Territory (FCT) through community-based targeting, adding that the programme was so far able to reach 609 local governments, 6,272 wards, and 48,789 communities and reached a total of 1,940,325 beneficiaries in the National Beneficiary Register from inception to date.

“We came in at a good time in the history of Nigeria when the project we superintended has the mandate to reduce poverty, and as you may know, our level of poverty is around 60% of the population.

“So the programme actually came in to reduce poverty and enhance human capital development; and for us to do that, the tool we are using is the cash transfer, which is an extension of stipends to beneficiaries.

“For this to happen effectively and transparently, the federal government has introduced a digital payment system and this entails the creation of bank accounts for beneficiaries.

“We have about 2 million beneficiaries that have been credited with cash into their own personal NUBAN account created by the banks for the easy link to the ongoing international financial inclusion conference,” he said.

He noted that the FG brings them into groups where they do rotational savings and contributions, which metamorphose into cooperative societies, which they also own, and by doing that they can also empower themselves.

“The beneficiaries are mentored to properly utilise the knowledge gained in the cause of the capacity building at their doorstep.

“The objective of the cash transfer is to basically improve household consumption, increase utilisation of health and nutrition services, and improve environmental sanitation and management among others.
Worthy of note: The National Bureau of Statistics (NBS) has revealed that 63% of persons living in Nigeria (133 million people) are multidimensionally poor.

According to the 2022 Multidimensional Poverty Index (MPI) Survey, over half of the population of Nigeria is multi-dimensionally poor, with multidimensional poverty higher in rural areas, where 72% of people are poor, compared to 42% of people in urban areas.