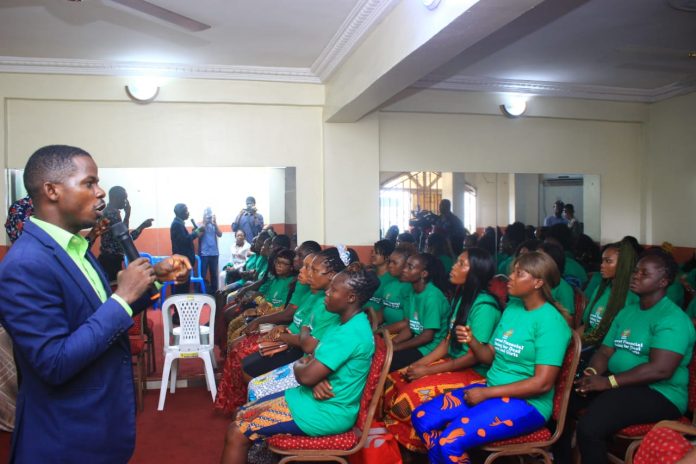 The capacity building programme is supported by the European Union through the British Council and Agents for Citizen-Driven Transformation (ACT). This training was aimed at improving the livelihood of persons with disabilities, with emphasis on the Deaf women in Rivers State.

Speaking at the graduation ceremony which took place in Port Harcourt, the Executive Director of D-Ability Initiative, Dr. Kingdom Nwanyanwu stated the reasons for choosing to build the capacity of Deaf women at this time: “When it comes to the persons with disabilities, the Deaf are the most marginalized. If they are unskilled or uneducated, how can they measure up to the demands of the society? ”

Nwanyanwu further outlined the various positive impacts the skill acquisition programme would have on the society. “When a woman with disabilities renders services and you patronize her, she will feel accepted and gains a sense of belonging.

This will in turn make her a better person who creates value and receives value. Earning money through their skills will stop them from begging which could open them up to rape and other vulnerabilities. Also when a woman has a source of income to support her partner, it reduces the incidences of domestic violence.”

He called for support from the government of Rivers State, Federal government, and other kind-hearted individuals and organizations to partner with D-Ability Initiative in setting up a skills hub where the newly trained women would put their skills into use. And where more persons with disabilities would be trained.

Speaking on behalf of the beneficiaries, Mrs. Tochi Ibe, through an interpreter, expressed appreciation for the opportunity given to them to have a meaningful life. “We are grateful to D-Ability Initiative and the European Union for helping us to gain skills in the fashion industry. We will use this knowledge to benefit ourselves. I say thank you”

One of the trainers Mrs. Chi Oduagu expressed satisfaction with the effort put by the trainees in the course of the training, stating that they progressed so rapidly beyond her expectations. She called on the general public to patronize them.

First Bank For Deaf And Hard Of Hearing Open In D.C.

Deaf toddler hears her mom say ‘I love you’ for first...