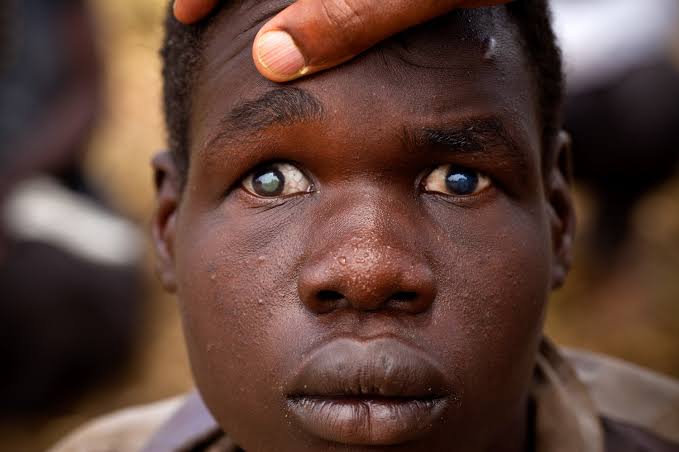 A new research paper by Nigerian authors has confirmed the elimination of the disease river blindness in Plateau, Nasarawa and Kaduna states.

The paper has been published by the Royal Society of Tropical Medicine and Hygiene in the peer- reviewed journal International Health. The supplement, Ascend: Lessons from the programme in West and Central Africa, looks at the impressive impact of the programme, as well as how to build on its success.

In 2019 Nigeria’s Ministry of Health announced that more than 4.2 million people had been freed from the threat of river blindness, spread by the infected bite of black flies which breed in fast flowing rivers, in the three states.

Now, the dedicated paper on Nigeria’s efforts verifies river blindness transmission has been interrupted, and that the three states meet World Health Organization thresholds that define this. The paper details the methods used in the survey of over 9,000 children. Thousands of hours were spent catching samples of black flies to test that the flies were no longer infected.

Surveys, conducted as part of the Accelerating the Sustainable Control and Elimination of Neglected Tropical Diseases West and Central Africa (ASCEND) programme, showed there were no new cases of the disease in the states, and no evidence of the parasite in the black flies that spread it. With World Health Organisation thresholds for transmission interruption met, the regular distribution of medicine to prevent the disease could be halted in these states.

ASCEND was a flagship programme funded by UK Aid and delivered by a consortium of partners led by Sightsavers. The RSTMH supplement shares the successes and lessons learned from the ASCEND health initiative which delivered more than a quarter of a billion treatments for neglected tropical diseases (NTDs) to people across west and central Africa.

Globally, river blindness is endemic in 37 countries, with more than 205 million people at risk of infection. Around a quarter of them– an estimated 50 million people – live in Nigeria.

Sunday Isiyaku, Nigeria Country Director at Sightsavers, said: “Nigeria has made great strides in the fight against these diseases – with support from Sightsavers and partners. It is therefore a great honour to have this research paper published, detailing the huge efforts that led to this milestone, and showing how the reality of river blindness elimination can be achieved.

“The last meeting of the National Onchocerciasis Elimination Committee indicated that more than 5 states in total are likely to achieve interruption in transmission by 2025.

“The international recognition from the research paper will help these other states in their journey to interrupt transmission. Treatment and prevention for NTDs need to be integrated into the health system and pressure must be kept up even as the country gets closer to elimination. We are committed to joining the Nigerian Ministry of Health in this fight to end NTDs.”

Another paper within the RSHTM supplement also shares recognition for the way in which the ASCEND programme in Nigeria ensured that every eligible individual has access to these critical interventions to treat and protect against NTDs.

In Benue State, this has included reaching those who have been displaced from Cameroon due to ongoing conflict there and have sought refuge in Nigeria. The ASCEND programme undertook the identiﬁcation and mapping of all IDP (Internally Displaced Persons) and refugee camps in Benue State, and trained State Emergency Management Agency ofﬁcials to supervise the regular mass distribution of medicines in all seven IDP camps and one refugee camp.

Debam Terhemba, the Benue State NTD Coordinator said: “Leave No One Behind has been the underpinning principle for all our interventions – be it mass drug administration campaigns, disease management and disability inclusion. I must commend Sightsavers and ASCEND as the principle has entrenched inclusiveness and unequivocally addressed issues of marginalization and inequalities saliently inherent during interventions as a result of discrimination based on cultural divide, tribal and ethnic sentiments, social exclusion, myths and beliefs.

“Because of this strategy, deliberate and painstaking efforts are now being made to ensure that the most vulnerable and deprived communities have equal access during NTDs interventions. To this effect all internally displaced camps, refugee camps, persons living with disabilities and hard to reach areas are specially identified and targeted during our interventions.

“For us as a programme the Leave No One Behind principle is crucial to us achieving the overarching goals of the 2030 NTDs road map and the Sustainable Development Goals.”

At the Kigali Summit on Malaria and Neglected Tropical Diseases, on 23 June 2022, and during the signing of the Kigali Declaration on neglected tropical diseases earlier this year, the Federal Government of Nigeria pledged to:

· Increase funding and resources across the country to support the elimination of NTDs.

ALDIN Demands Immediate Redress of the Disqualification of a Visually Impaired...