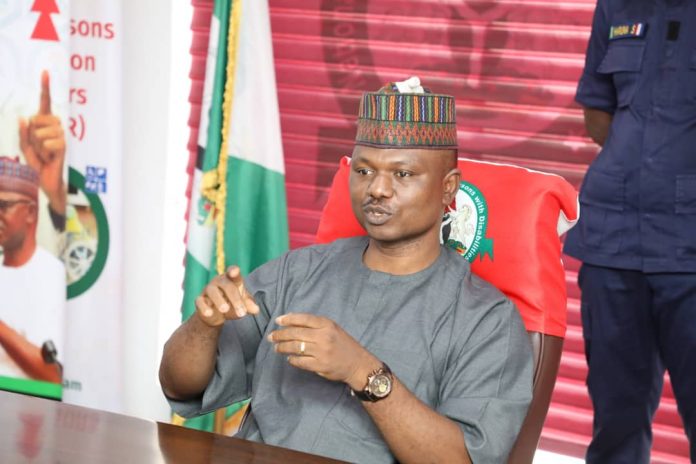 As part of his advocacy for all-inclusiveness, the Executive Secretary National Commission for Persons with Disabilities, Mr. James David Lalu has received members of the Nigerian Civil Service Union Executives in his office today 11th August 2022 as they payed a familiarization visit to the Commission.

The Executive Secretary who seemed pleased to have them in audience stated that the Union has stood a test of time having been established since 1912 and as such would be of a tremendous value to the development of the promising Commission.

He stated that every human being has a freedom of association and that he would always advocate for any development which is in line with the Civil Service rule, and which will see to the welfare of members of the staff of the Commission.

Lalu further admonished that punctuality and consistency in official matters should not be taken for granted and that all hands must be on deck to achieve the primary reason for the establishment of the Commission.

He as well, urged the team to run an all-inclusive Union as it would be pertinent to include PWDs as members of their Executive body.

In his remarks the Assistant General Secretary of the Union, Comrade Daniel Otakpo, described the Executive Secretary as a self-effacing gentleman whose hospitality is topnotch. He stated that while others receive the Civil Service Union with a pinch and with the notion that they are trouble shooters, the ES was so receptive and amenable. He promised that the Union will be of immense worth to the growth of the Commission.

Present at the meeting were the Director Human Resource Management NCPWD, Mr. Reuben Ango and other members of the Staff of the Commission.

China kick-starts development of 6G technology less than a week after...