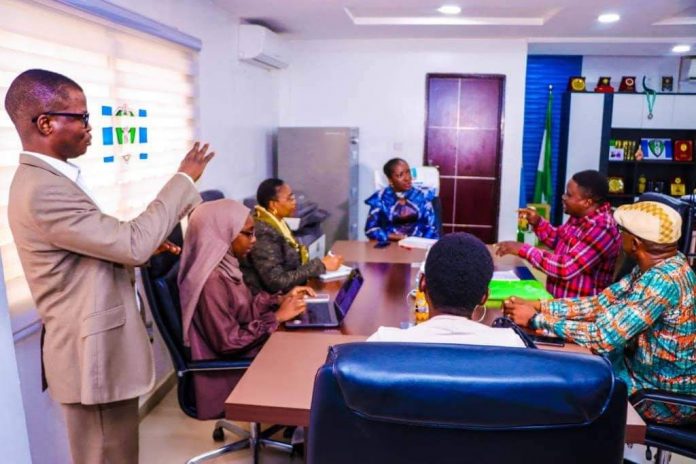 Nigeria National Association of the Deaf (NNAD) has renewed its collaboration with the National Agency for the Prohibition of Trafficking in Persons (NAPTIP) to tackle trafficking activities within Deaf community.

This was made known by the NNAD team during a visit to the Director General, National Agency for the Prohibition of Trafficking in Persons (NAPTIP) on 8th August, 2022

National Secretary General of the Association, Engr Timothy Adejumo noted that apart from tackling trafficking activities, the association also called for creation of a Disability Desk officer within the Agency for increased awareness of the Agency’s activities in Sign Language. The issues employment and workshops for the Deaf Community were also mentioned.

Dr Fatima Waziri-Azi, Director General of NAPTIP said the agency has nationwide and international connections to facilitate emergency responses on issue of trafficking. According to her, all NNAD needs to do is to report case(s) by email (info@naptip.gov.ng), or SMS to 07030000203. She assured of quick responses. 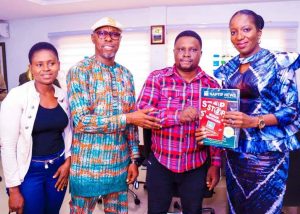 Dr. Waziri-Azi also remarked that the agency has not carried out employment exercises since her appointment as Director General. However NAPTIP is working with the NCPWD on the recommended 5% employment quota for PWDs.

NNAD however pleaded with the Agency to make it at least 10% for PWDs. This, the body says also includes employment of Sign Language Interpreters.

The Director-General assured that the Agency is working closely with the Federal Ministry of Education to carry out Education and enlightenment on human trafficking and Violence against persons in all Schools across the Country. The activities will cover some Deaf schools across the country while making a number of the awareness tools accessible through Sign Language.