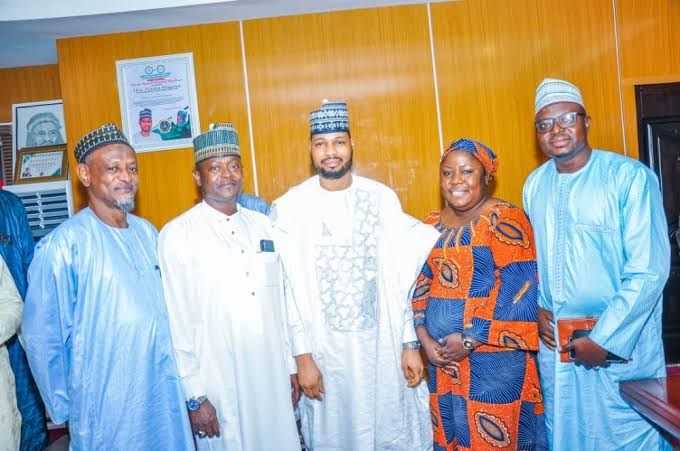 The Zamfara State House of Assembly on Friday passed the state Disability and social protection bills.

The house also called for establishment of a State Disability Board. The board will oversee and safeguard persons with disabilities in the state from all forms of discriminations and promote their access and opportunities in all aspects of living.

This is contained in a statement issued by Nasir Usman Biyabiki,
Director General, Press Affairs and Public Relations, Zamfara State House of Assembly.

The statement noted that the Speaker State House of Assembly, Rt. Hon. Nasiru Mu’azu Magarya (Tafidan Kanwa) while heading a plenary deliberated on the state Social Protection and Disability Bills’ reports laid before the house by the committee on Women, Children and Social Welfare and that of Parliamentary Forum for further legislative actions.

Presenting the reports before the house, the Chairmen, committee on Women, Children and Social Welfare and that of Parliamentary Forum who were assigned to scrutinize the bills, engage stakeholders for input, make any necessary adjustment and report back to the house. Hon. Kabiru Magaji Kwatarkwashi and Hon. Nasiru Lawal Bungudu called on their colleagues to receive the reports, deliberate and agree to read the bills for the 3rd time and pass same into law.

The reports further stated that, there shall be established state social protection and disability funds to be financed by government and from different sources.

The Disability Board when established shall comprise a part-time chairman and six other part-time members with at least women representative, and all members shall come from persons with disabilities, while the Governor shall, subject to the recommendation of the State Head of Service, appoint the Executive Secretary from the state civil service.

In their separate contributions the lawmakers argued that the two bills, if passed into law, would complement government’s efforts in addressing the issues relating to disability and vulnerability.

After deliberations by the house which led to additional amendment in the report of Disability bill, the Speaker, Hon. Nasir Mu’azu Magarya directed the clerk of the house to read the two bills for the third time. Clean copies of the bills would be transmitted to Governor Gov. Bello Matawalle for his assent.

In his address, the Speaker, Hon. Nasiru Mu’azu Magarya commended the two committees for going through the rigorous process leading to the passage of the bills.

“‘We also thank our partners, Save the Children International and all the stakeholders who jointly participated in the process to where we are today, we are ready to continue to partner with you for the development of the state”, Magarya added.

The Speaker, who double as the Chairman Selection Committee, announced minor changes in the leadership of the standing committees.