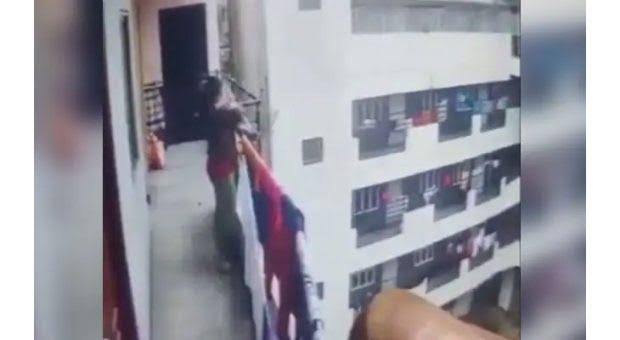 Police in Bengaluru, India arrested a woman for allegedly killing her deaf daughter by throwing her from the balcony of their fourth-floor apartment.

The horrific incident took place on Thursday at an apartment in north Bengaluru’s SR Nagar. The accused, Sushma Bharadwaj was arrested on the basis of the complaint against her by her husband Kiran.

The incident caught in a CCTV footage shows that the accused walked to the balcony with her daughter and then throw her down. She then climbs over the railing in a bid to commit suicide but was rescued by neighbors.

A dentist by profession, Sushma believed that the four-year-old was an impediment to her career growth, the police said.

Group champions cause for deaf students

“Just Show Some Love No Matter What”: NBDA Member Passes a...