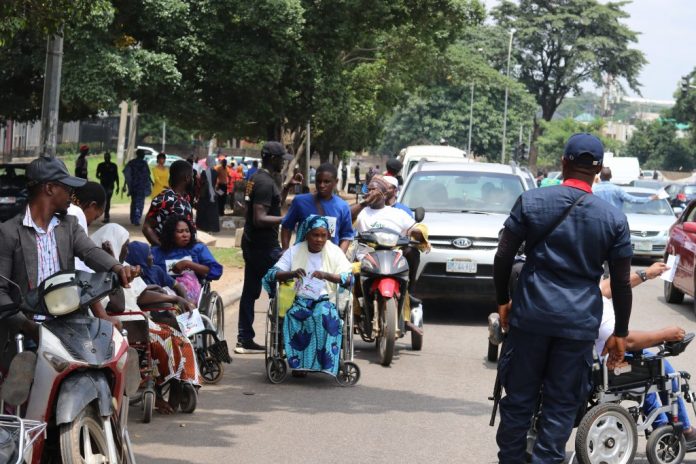 The Inclusive Friends Association (IFA) has commended Independent National Electoral Commission (INEC) and the National Commission for Persons with Disability (NCPWD) for their supports as it totalled 11,661 registrants with disability during its VOTEability Campaign for mobilizing and registering more PWDs in the CVR exercise which ended last month, 31st, July, 2022.

The campaign which commenced on 22, July 2022 recorded cumulative increase in PWD registrants from 75,422 to 87,083. This remarkable upsurge in registration occured within 9 days of the campaign.

The campaign had adopted a community-based approach to set up voter registration centers across the 6 Area Councils in the FCT with the aim of prioritizing Persons with Disabilities to register for their permanent voters card.

The campaign got nationwide reach through the electoral commission and other Organizations of Persons with Disabilities (OPDs).

The groups had on Tuesday last week sensitized residents and mobilized PWDs for the exercise through the #VOTEability campaign rally from Berger Bus park to Wuse Market in the FCT for extensive engagements.

In a statement signed by the Executive Director, Grace Jerry, IFA commends the service and cooperation of INEC for prioritizing the communities of Persons with Disabilities and for subscribing to disability-inclusive practices.