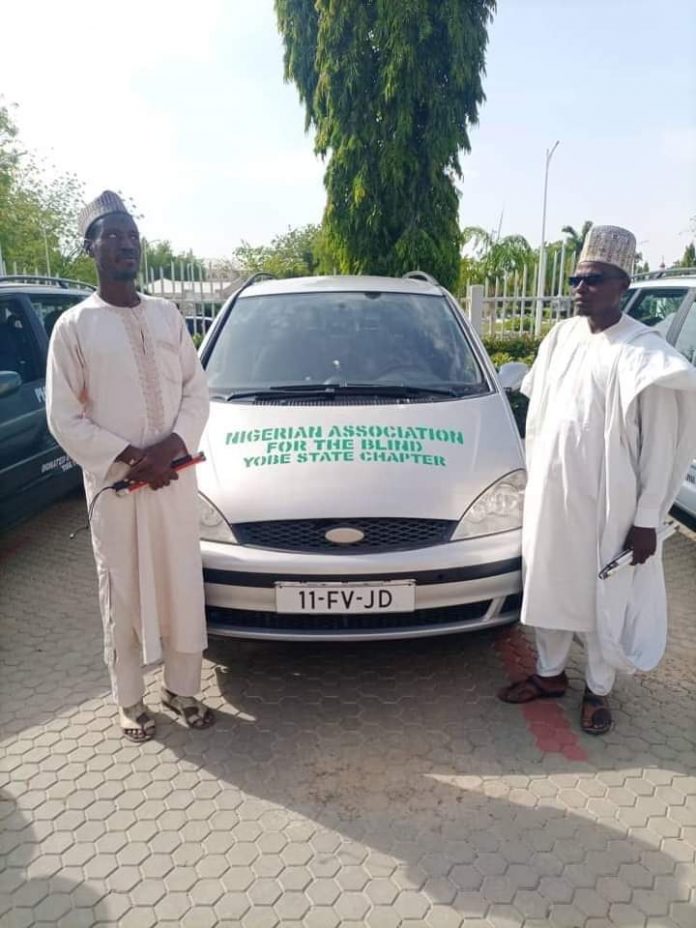 The Governor of Yobe State, Hon. Mai Mala Buni has donated a Sharon bus, each, to three clusters of PWDs in the State.

The donations were made in part fulfilment of the Governor’s campaign promises.

Governor Buni, while presenting the buses to representatives of each association at the Government house, Damaturu, said he acknowledged the role played by Persons with Disabilities during the 2019 electioneering and their unflinching contribution towards the victory of APC in the State, and Nigeria at large.

The Governor said the 3 buses presented to them will go a long way in easing their activities within and outside the State.

He advised them to be their brother’s keeper and maintain unity of the association.

Buni equally gave appointments to the chairperson of each association as a special assistant.

INN learnt that this is the first time Persons with Disabilities will be given such appointment in the history of Yobe State.

In appreciation of the Governor’s transparent gesture, PWDs from the three associations pledged to conduct their activities in an orderly manner and to mobilize their members in the State to vote the Governor for a second tenure, come 2023. This, they believe, will enable them continue enjoying dividends of his administration.

Lagos to unveil more policies for Persons with Disabilities