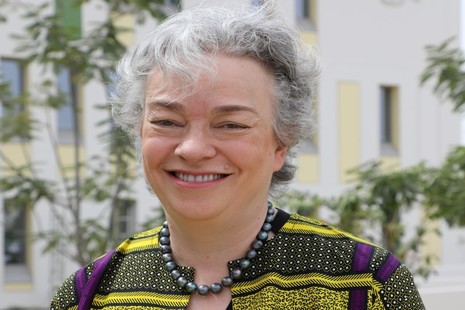 Gill Atkinson, the Deputy High Commissioner, British High Commission has called for the scaling up of effective implementation of disability laws in Nigeria.

Atkinson made the call when people with disabilities under the aegis of Centre for Citizens with Disabilities (CCD), a Non-Governmental Organisation visited her on Wednesday in Abuja.

According to her, the legal framework on disabilities in Nigeria are quite good and can do much for you but the implementation is the challenge.

“Part of the challenges in Nigeria is implementing the legal frameworks but attention should equally be paid on cultural barriers and the impact on persons with disabilities,’’ she said.

He, however, solicited the support of the British government in enabling CCD to have a peer learning with their United Kingdom counterparts on disability laws.

According to him, the British government has been our partner on ensuring the mainstreaming of issues concerning people with disabilities in their programmes.

“We feel that interacting with our peers over there will give us knowledge and help us to know some of the success stories they have achieved and areas we should strengthen our focus.

“So, that is why we feel that their support for us to do a study tour on disability movement is critical.

“It will enable us to identify low hanging fruits of knowledge that we can tap into to be able to respond to disability issues in Nigeria,’’ Anyaele said.

Anyele, however, expressed concern that lack of capacity by some Ministries, Departments and Agencies (MDAs) to effectively comply with disability laws have resulted to increased discrimination against Persons with Disabilities (PWD).

According to him, the National Disability Act (2018) has been weakly enforced in majority of the public institutions in Nigeria.

“Government should adopt a multi-sectoral approach to the task of successfully eliminating the physical, communication, attitudinal, cultural and institutional barriers faced by people with disabilities.

“Specifically, National Commission for Persons with Disabilities saddled with the implementation responsibility should build synergy with MDAs through consistent advocacy to scale up proper implementation of the Act,’’ he said.

While advocating specific yearly budget line for all the concerned line MDAs, Anyaele noted that it would increase efforts toward the inclusion and welfare of PWDs.

“Especially, by prioritising their welfare during health emergencies such as the COVID-19 pandemic and elections,’’ he added.

Anyaele further urged the National Assembly to evoke its powers to enable proper implementation of the Act.

“The National Assembly should take appropriate measures to ensure that MDAs of the Federal Government implement the National Disability Act through oversight and budgetary approvals,’’ he said.

He also emphasised the need to build the capacity of the MDAs for full optimisation of the Discrimination against Persons with Disability Act (2018).

FG donates palliatives to vulnerable, persons with Disabilities in Abuja

​How the UN Convention on the Rights of Persons with Disabilities...