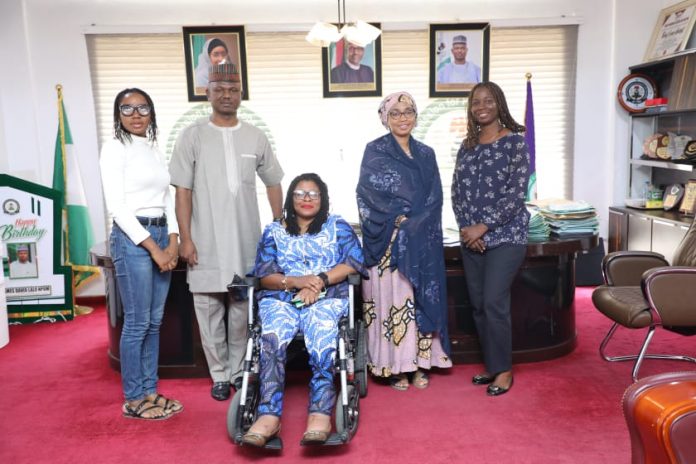 Lalu gave this charge while receiving a delegation from Inclusive friends recently in Abuja.

The ES commended the efforts of the group for making themselves watchdogs while ensuring the protection of the rights of PWDs especially, to exercise their franchise without borders.

“Persons With Disabilities will continue to exhibit their abilities in various spheres of life irrespective of their conditions” he said.

He further assured the team of his support on whatever project they venture into in future, so far it is for the benefit of Persons with Disabilities across board.

The Commission’s Boss frowned at the recent figures of PWDs presented by INEC in the on- going Continuos Voters Registration where about 63,000 of them reflected as recently captured on the INEC’s register.

“Our population is far beyond 25 million and I can assure you that where the PWDs swing their votes, that candidate will emerge victorious” the ES asserted.

Filled with appreciation, the spokesperson of the delegation, Miss Grace Jerry applauded the ES for making his office accessible even within a short notice.

She seized the platform to underscore the importance of capturing the accurate data of Persons With Disabilities other than the speculative figures by some organizations.

She added that only by so doing could PWDs have proper representation in the affairs of the state.

Grace also informed the meeting of the proposed Press Conference for sensitizing PWDs on the modalities to get involved in the electioneering process as the nation prepares for general elections in 2023.

Lalu Assures Of The Commission’s Support As DRAC Visits