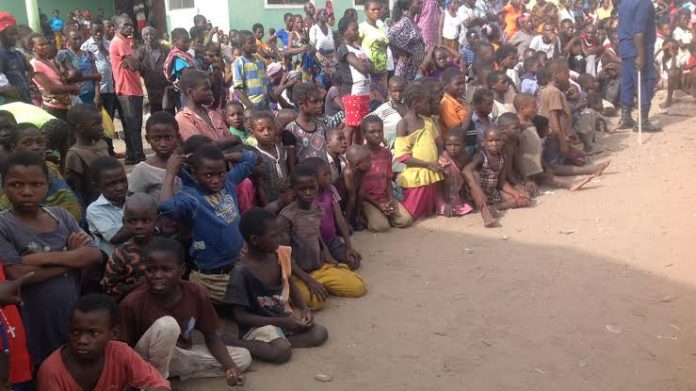 A Non-Governmental Organisation (NGO), the Legal Defence and Assistance Project (LEDAP), has called on the Kaduna State Government to strengthen efforts toward reducing the out-of-school children in the state.

The NGO Programme Director, Pamela Okoroigwe, said in a statement in Kaduna on Tuesday, that government must also not lose sight of implementing its free education policy for primary and secondary school students.

Okoroigwe commended the state government for its efforts in advancing free basic education and investment in education reforms.

She noted that the reforms had yielded tremendous benefits, particularly in infrastructure development in public schools.

She stressed the need for government to do more in the enrolment and retention of children in schools, especially girls.

Okoroigwe equally commended the state government for imposing ban on hawking, describing the move as a measure of getting children of school age off the streets and working with the Education Marshal (Edumarshal) to reduce truancy.

She urged government to take further steps to evaluate the effectiveness of the Edumarshal and strengthen their mandate to effectively discharge their duties.

The programme director also urged government to equally implement the provisions of the Universal Basic Education (UBE) Act, 2004 and eradicate all forms of hidden fees demanded by schools in the state.

“This will not only mitigate high school dropout rates but also will in the long run advance the development indices of the state.

“In similar vein, LEDAP is encouraging education officials and stakeholders not to rest on their oars in guaranteeing access to free, safe, basic and quality education for children in the state.

“We further urged government to commit more resources to education through increased budgeting and funding in a gender sensitive and inclusive manner,” Okoroigwe said.

The programme director recalled that LEDAP had in 2017 obtained a judgment where a Federal Court declared free, compulsory and universal basic education an enforceable and justiciable human right.

She said that the judgment also affirmed that every Nigerian child had the constitutional right to free and quality basic education.

“As part of efforts to bridge the yawning gap in access to education, particularly in Northern Nigeria, LEDAP with the support of Malala Fund has since 2018 been advocating the implementation of the UBE Act.

“The advocacy is also to increase access to free, quality, safe basic education for children in Northern states that constitute the over 13.5 million out-of-school children in Nigeria,” she said.

Okoroigwe noted the barriers to education in Nigeria, ranging from poor implementation of education laws, such as the UBE Act, funding challenges, amongst others.

She said that LEDAP was supporting governments’ efforts in its project states to develop guidelines for the implementation of the UBE Act and state laws where applicable and reviewed education policies.

“We are also improving the understanding of education officials on the provisions of the UBE Act, developed advocacy tools to draw critical attention to issues in the education sector,” she said.

Toyin Fasakin, a Deaf Nigerian man, is running for The Office...