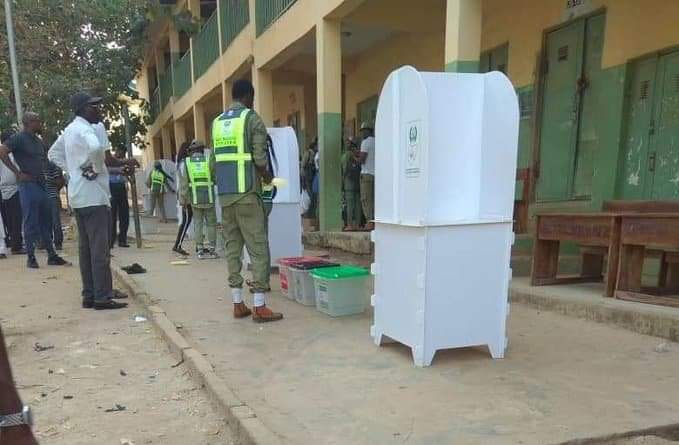 The Institute’s Country Director, Mr Steven Snook, gave the advice during a town hall meeting with PWDs on Tuesday in Osogbo.

Snook, who was represented by Mrs Osarodion Edosa, an NDI official, said that the new Electoral Act had made statutory provisions for PWDs and charged INEC to comply making the election all inclusive.

The director said that the institute intends to mobilise PWDs and through their numerical strength see to their inclusion in participatory governance in the nearest future.

“We want to see PWDs in governance in the nearest future. I believe that can be possible through their numbers by coming out to vote during elections.

“NDI wants to see your numerical strength, which will help to negotiate in occupying political positions in the future,” Snook said

In her address of welcome, Mrs Grace Jerry, Executive Director, The Inclusive Friends Association, appreciated the NDI for its technical and financial assistance for the Access Nigeria Campaign.

Jerry, represented by Mr Moses Oluwaseyi, the association’s Programme Manager, said that the stakeholders’ meeting was to provide adequate voice to ensure that PWDs were not neglected in process to the election.

She said Access Nigeria Campaign had continued to create awareness of the plights of PWDs particularly in organisations including INEC, security agencies, political parties and the media.

According to her, the association looked forward to the full implementation of Section 54 (2) of the Electoral Act 2022.

Also, the Commissioner of Police (CP) in Osun, Mr Wale Olokode, urged PWDs not to be passive, but actively participate in the July 16 governorship election.

“They should come out en-mass and cast their votes,’’ he said.

Olokode, represented by Assistant Commissioner of Police (ACP), Mr Charles Dikwa, said security agencies were ready to guarantee safety of lives and properties before, during and after election.

The CP said that it was the collective responsibility of all stakeholders to ensure a free, fair and credible election on July 16.