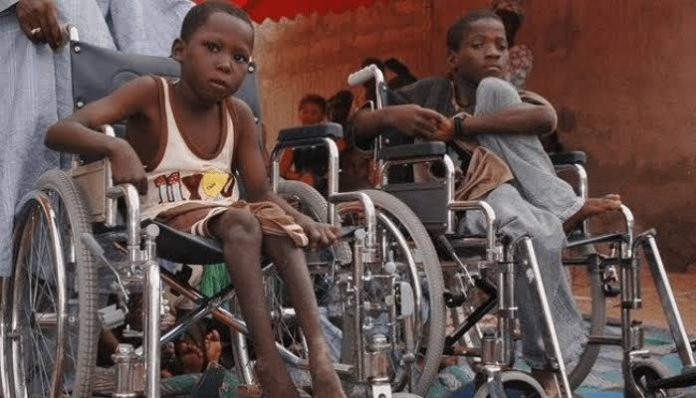 Bashir who was represented by the Secretary General of SPEDOSA, Mr Yusuf Mohammed Lawan, expressed his disappointment during a mentorship tour of Special Education Centre, Gombe, Gombe State of Nigeria. The visit was organized by SPEDOSA as part of series of programmes earmarked by the association for celebrating this year’s International Children’s Day.

Bashir lamented the continual inhumane treatments faced by children with disabilities – most of who are being inadvertently subjected to abuse by wicked members of the society. He further lamented a situation whereby society and its leadership tend to distance themselves from these children on occasions like this, instead of celebrating it by showering love and affection on them.

“It is disheartening that our leaders aren’t including children with disabilities in today’s event. Even though the essential objective of this special festival is to reflect on the challenge and plights of vulnerable children worldwide, including those with disabilities. Nobody came here to identify with them, nobody considered their common humanity”, Mr Bashir lamented.

The President who was visibly concerned about his Alma mater says the leadership of SPEDOSA deems it necessary to identify with plights of the students on this August occasion of the International Children’s Day Celebration and promised that his association will continue to celebrate with the students of the centre, meanwhile speaking out for them whenever situation demands.

Head of Department, Hearing Impaired section of the Special Education Center, Mr Daniel Yusuf Labeleng commended the leadership of SPEDOSA for their foresight in organizing such programme for the first time in the Association’s history. He remarked on how he had to alter his schedule upon being invited to grace the occasion because he didn’t want to miss the maiden event.

” I had to abandon whatever I was doing to participate at this first of its kind programme, Yusuf said. I am satisfied with what I see and hear from you. I want to encourage you to continue with this good work”.

The Principal of the Center, Mal Saidu Jiji Gadam, speaking shortly after presentation of awards to winners of a quiz competition organized by SPEDOSA, expressed unreserved gratitude to the old students body for the love and affection shown to their Alma mater.

He said: “I am confident that with such impressive commitment shown by the old students union, there is hope that the future of students of Special Education Centre, Gombe would be bright”.

“I challenge you to not relent in pursuing academic excellence. I am happy that scores of you have gone to various higher institutions across the country and obtained degrees in different fields. This is commendable achievement we can all be proud of”.

INN reports that this first of its kind event featured series of activities, including: mentorship tour, quiz competition, zoo visit, interactive sessions with students, among others.

Stakeholders Bemoan Neglect Of Education Of Children With Disabilities