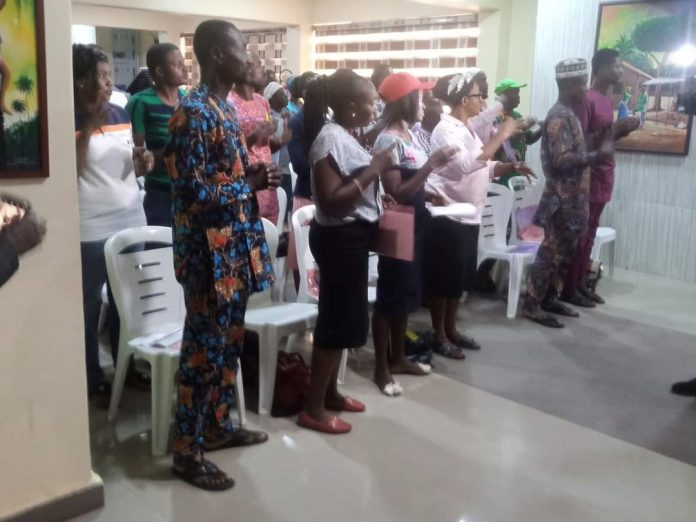 Ahead of the 2022 gubernatorial election in Osun State, the Independent National Electoral Commission (INEC) has assured of effective and seamless participation of People With Disabilities (PWDs) in the election and other activities.

The Osun INEC Resident Electoral Commissioner (REC), Professor Abdulganiy Olayinka Raji made this known at a one-day voter education and sensitisation meeting for sign language interpreters and hearing impaired/deaf voters towards an inclusive election on Monday in Osogbo.

“Let me cast our mind back to some of the efforts the Commission had made in time past to ensure effective mainstreaming of PWDs in the electoral process. The Commission developed a working document: ‘INEC Framework on Access and Participation of PWDs in the Electoral Process’ and launched it in October 2018, long before the Disability Act was signed into law in January, 2019.

“Ever since then, the Commission has been making efforts geared towards effective and seamless participation of PWDs in election and other activities. To realize all these, magnifying glasses for persons with low vision and albinism were provided, voter information in braille for persons with visual impairment was produced in the build up to the 2015 General Election, braille ballot guide and sign language interpreters in all our major events and activities were introduced.

“With this commitment of the Commission, I want to enjoin you all to support INEC in making her vision and mission of capturing all eligible PWDs into the net of electoral process, not just as participants but elected persons into the key elective/political and appointive offices.”

Raji added that the Commission in the State has had a series of engagements with critical election stakeholders, such as traditional rulers across all the local governments, towns and villages.

According to him, “We had reached out to religious leaders on voter education, sensitization and enlightenment and interfaced and interacted with the Christian Association of Nigeria (CAN) and Osun State Muslim Community (OSMC) on their Annual Conference of Bishops, Pastors and Evangelists and Imams and Alfas during their monthly meeting, respectively.