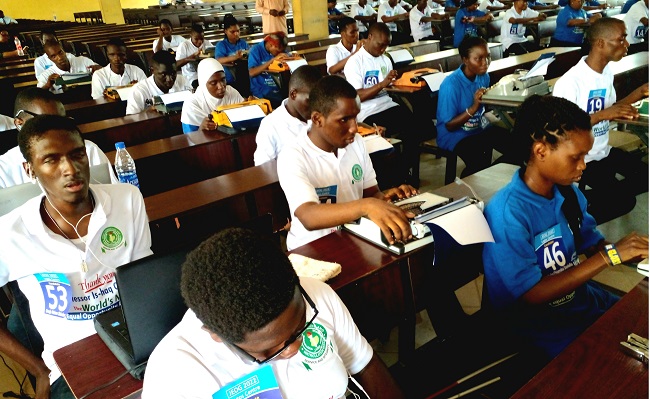 Visually impaired undergraduates in Nigerian public universities have expressed displeasure over the lingering crisis between the Federal Government and the Academic Staff Union of Universities (ASUU) whose members have downed tools for more than three months.

They said the action which had kept them idle at home and yet with no end in sight is not only unacceptable, but also condemnable in its entirety.

ASUU rolled over its initial three months strike by another three months the penultimate week, claiming  that the action was due to lack of readiness by the government to meet its demands, which borders on funding.

The students, who are in their final year, lamented that they would have been through with their studies and by now on the National Youth Service Corps (NYSC) programme if not for the strike.

They complained that what hurt them most about the delay is that age is no longer on their side, and also bearing in mind their health peculiarities which make their schooling experiences very challenging.

One of them, Edwin James, 27, who is studying Guidance and Counselling at the University of Lagos (UNILAG) Akoka said that he was done with his final examinations and awaiting his results when the ASUU declared strike.

“By now, I would have been mobilised for the National Youth Service Corps (NYSC) programme as part of the next batch of corps members in June, but as things are, nobody can ascertain when that will be,” James lamented.

Also lamenting, Oluwaremilekun Osho, a 400-level  student of English Language at the University of Ilorin (UNILORIN) said that she wish to be through with her first degree in time so that she could proceed for postgraduate studies.

“I’m already 28 years old, so my studentship should not be unnecessarily prolonged due to a strike action or any other thing.”

She noted that it is not an easy task for people like him,particularly from poor homes to move around on campuses in Nigeria.

They, however, called on the Federal Government to, without further delay, resolve the differences with ASUU so that permanent peace could return to Nigerian public universities.