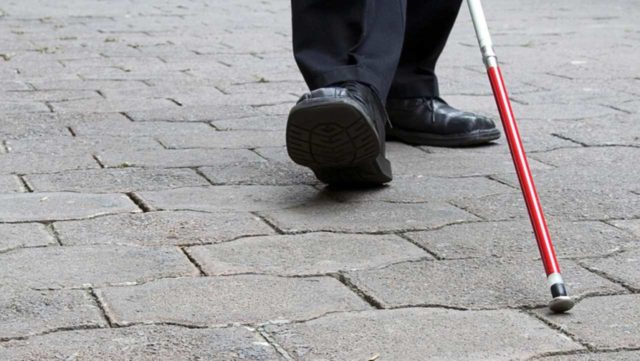 A visually impaired actor, Alegbeleye Sanmi, has lamented the government’s neglect of the disabled and people with disabilities in society.

Sanmi, who raised the alarm when he visited the Rutam House, headquarters of The Guardian Newspapers, Lagos, noted that the people with disabilities have totally been ignored, despite their present situation that needs attention.

Speaking against the backdrop of the economic downturn, he explained that in order to battle the no-job syndrome bedevilling the country, he informed his colleagues who are in the same situation to rather than beg on the streets, go into the movie industry.

He said further that early this year, they were able to produce a movie on loan titled, ‘The Way Out.’

According to him, “The movie tells us about the struggles people go through and who are to be blamed. Is it the government, the youth or the citizens? But no one is ready to own up to that. In the end, we all turn to God for the way out, irrespective of who is responsible for the problems.”

He implored Nigerians to support their group financially; saying the sum of N1.9m from the N2.4m he spent on the movie was a loan he obtained from LAPO, a financial institution, with an interest rate of N500, 000.

“The payment will be due this October and I am also yet to pay my colleagues that featured in the movie. When I clear the debt, I would pay them their money, they are visually impaired so they understand better,” he added.