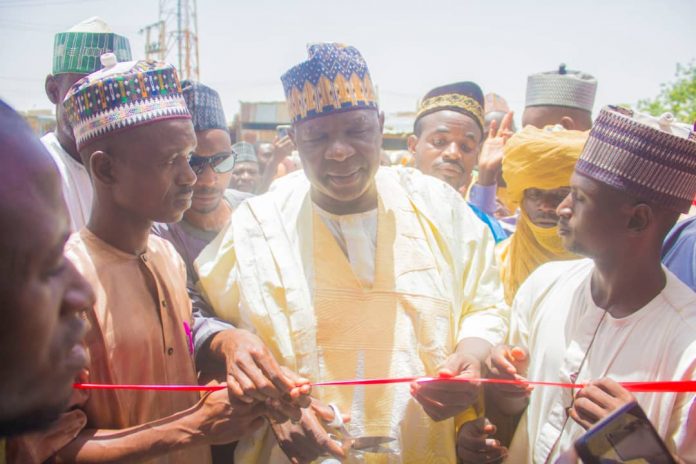 The Bauchi State Association of the Deaf, (BSAD) under the leadership of Suleiman Ahmad, commissioned the Association’s new permanent office last Saturday, 7th May, 2022.

Public Relations Officer of BSAD, Auwal Darazo, in his speech after the commissioning, remarked that the executives have shown their commitment to BSAD and are determined to entrench its culture and history along with a strong support for the administration of his Excellency Sen. Bala Mohammed Abdulkadir, the Executive Governor of Bauchi State. In his words, this project is indeed a welcome development to the deaf community in Bauchi State.

“BSAD also hopes to provide support for, empower, train and render other related services for development of the Association through the project.

Darazo thanked the Secretary to the State Government and Senior Special Assistant on Rural development for their support towards the success of the project.

“We would like to thank the Secretary to the State Government (SSG) Dr. Aminu Ibrahim Gamawa and the SSA on Rural Development, Hon. Tukur Mohammed kirfi for their display of statesmanship in supporting the building and commissioning of this new BSAD permanent office. Our Deaf brethren are now proud wherever they find themselves”.

Present at the commissioning was the Senior Special Adviser on Rural development. Others include the Chairman, Bauchi State Agency for Persons with Disabilities, Hon. Ibrahim Mohammed, North-East Zone Coordinator, NNAD, the National President, Nigeria National Association of the Deaf (NNAD), who was represented by the National Assistant Secretary General, Sagir Ibrahim Tilde, and a number of Deaf members and leaders from across the 20 Local Government Areas of Bauchi State.

Plateau State Court did something unbelievable for people with disabilities in...

SIX REASONS PARENTS SHOULD NOT BE ASHAMED TO ENROLL THEIR DISABLED...