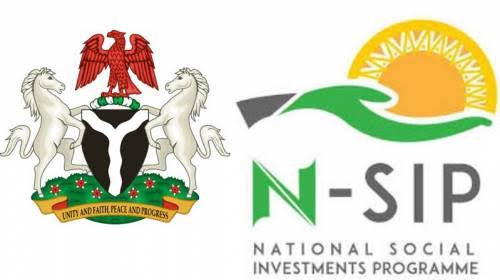 The Federal Government on Friday said it had enrolled 64,607 vulnerable people in Adamawa under the Conditional Cash Tranfer scheme of the National Social Investment Programme (N-SIP).

The Focal Person of the programme in Adamawa, Mrs Mary Yuwadi, said this during the graduation of 194 graduates of the N-SKILLS programme, on Friday in Yola.

She said the beneficiaries were enrolled into the CCT programme across the 21 local government areas of the state, adding that the programme drastically reduced poverty and enhance wealth creation in the society.

“The remaining 36,121 people will soon start benefiting from the scheme.

“Also, under N-Power Batches A, B and C, a total of 28,697 people have been enrolled in the state since inception in 2016, while 162,782 pupils captured under National Home Grown School Feeding Programme, where primary one to three pupils are receiving free meal a day, and about 2,259 cooks employed in the state,” she said.

She also revealed that 38,089 people accessed different loans to enable them to set up their businesses under the Government Enterprise and Empowerment Programme (GEEP).

According to her, some 28,000 beneficiaries have been registered under GEEP 2.0 programme, adding that they would soon benefit from traders, farmers and market omen soft loans initiated by the government.

She said that 194 youth trained on phone repairs had received starter parks under the N-SKILLS programme in the state.

Yuwadi warned the beneficiaries against diversion of the kits and urged them to ensure effective utilisation of skills learnt and engage in productive activities.

Represented by Dr Umar Bindir, National Coordinator, Social Investment Programmes, the minister said that Nigeria has been recognised as one of the largest social protection programmes in Africa, with about $1billion dollars invested annually to improve the lives of the poor and most vulnerable in the country.

“Since the introduction of the programme in 2016, it has positively impacted on the lives of poor and vulnerable in Nigeria including persons with disability, internally displaced and returnees’ persons,’’ she said.

She said that the N-Skills was aimed at improving the quality and relevance of skills delivered using a certification system and to ease the transition of target beneficiaries to full time skilled employment.

One of the beneficiaries, Salihu Abdullahi, thanked the federal government for giving them the opportunity to participate in the programme. (NAN)