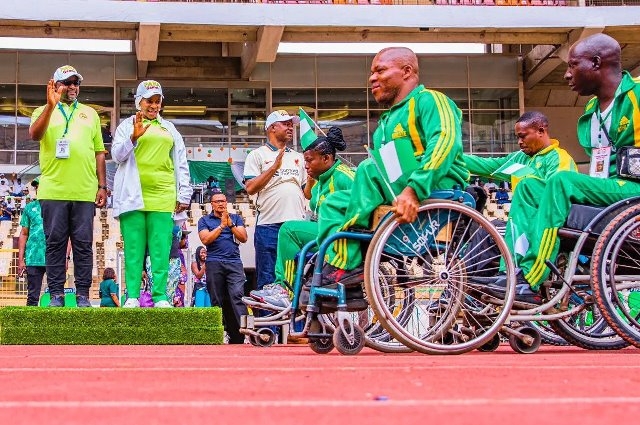 Bayelsa state team at the weekend in Abuja led the first edition of National Para Sports Games with 93 medals.

Bayelsa won 31 gold, silver 30 and 32 bronze to clinch the premier position with 93 medals in the maiden National para Sports Games, which ended at the Moshood Abiola National Stadium on Abuja.

Ismail Abubakar, permanent secretary Federal Ministry of Youth and Sports Development who represented the minister at the closing ceremony, commended all participating states for their cooperation in the seven days event.

“I want to thank the Almighty God for the huge success recorded in the games and also wish to express my profound gratitude to all the state governments that participated in the first edition.

“I want to thank all the team officials and athletes, sponsors for their participation,” he said.

Peter Nelson , the Chairman of Local Organising Committee (LOC), said the next edition would be more interesting than the first edition.

“Para athletes had been making the nation proud in international tournaments for the Federal Government to show them what they intended for them in the maiden show.

“The second edition of the National Para Games is expected to take place next year, and there after, every two years.

“This was put in place to lessen the burden on States in having to fund athletes for both the National Para Games and National Sports Festival in the same year,” he said

21 states participated in the maiden edition of Para Sports Games which stated on April 9 and ended on Friday, April 15. (NAN)

GCA To Introduce New Competition For Persons With Disabilities