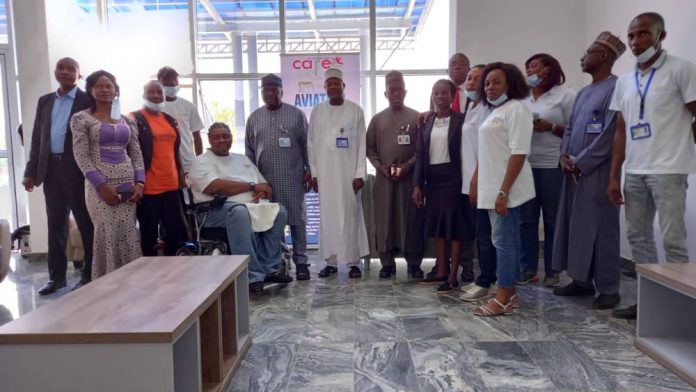 The House of Representatives Committee Chairman on Aviation and the Director General, Nigerian Civil Aviation Authority (NCAA) recently hosted delegates from the Centre for Ability Rehabilitation and Empowerment (CARE) to address the issue of resistance by aviation stakeholders to the Accessible Aviation Project.

The meeting became necessary, following repeated resistance by Aviation stakeholders to summons by the VOICE, an initiative of CARE funded by Accessible Aviation Project and implemented by an influencing Grant-Grantee.

The CARE team’s first visit was to the Chairman, House Committee on Aviation, Hon. Nnolim Nnaji. This took place on Monday 11th, November 2022 in his office within the National Asembly Complex, Abuja. The advocacy move was facilitated by the Chairperson, House of Representatives Committee on Disabilities and Vulnerable Persons, Honorable Princess Marian Onuora. The host Chairman personally received the visiting team despite his busy schedule.

After hearing out the visiting delegates’ grievance towards the Aviation Stakeholders on the continuous discrimination experienced by PWDs during boarding and disembarking on local airlines despite positive moves by the Federal Airport Authority of Nigeria (FAAN) to halt the trend, Hon Nnolim immediately put through a call to Capt. Musa Nuhu, Director General, NCAA. He requested a scheduled meeting by the Civil Aviation Authorities management with visiting CARE delegates. The meeting was fixed for Tuesday 12th April by 10:00am prompt.

The bone of contention centered on the obnoxious policies by local airlines which made mandatory the purchase of extra ticket for aides to accompany PWDs.

The Chairman apologised on behalf of all Aviation Stakeholders and promised that his Committee will ensure more policy changes to accommodate the interests of the PWD community.

As directed, on Tuesday 12, April 2022, the DG NCAA, Captain Musa Nuhu and his management team which included legal advisers and Special Assistant to the DG received the CARE team at NCAA’s office complex within the premises of the Nnamdi Azikiwe International Airport, Abuja.

The DG, on receiving complaints of the CARE team as presented before the House Committee on Aviation Chairman, tendered an apology to the Disability Community. Capt Musa explained that issues of Disability weren’t included in the original Acts that set up regulations of the Aviation sector in Nigeria.

The Crafters, according to the DG seemed to forget that disabilities can happen to anyone at birth, by accident, health challenges or age. He thereafter promised a change in policies through subtle appeals to the petitioners and directives from above, backed up by the Disability Act, 2018.

Capt Musa also agreed to get NCAA to support the planned Aviation Stakeholders Training and Forum.

The meeting ended on a very positive note with a commitment by the NCAA management to ensure a quick end to the various discriminatory policies against PWD.

Photos from the event 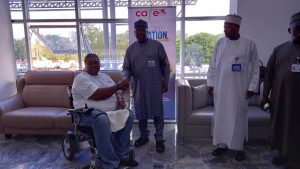 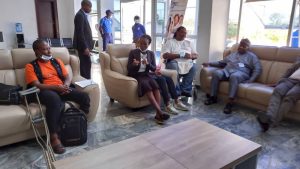 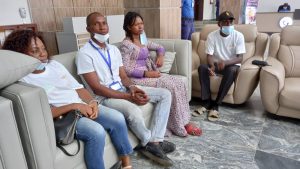 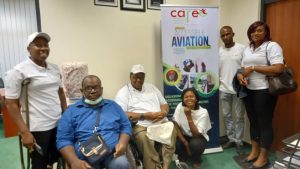 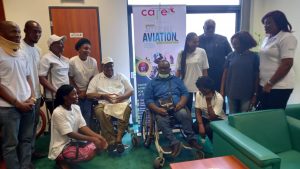 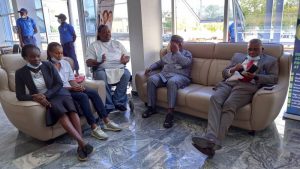