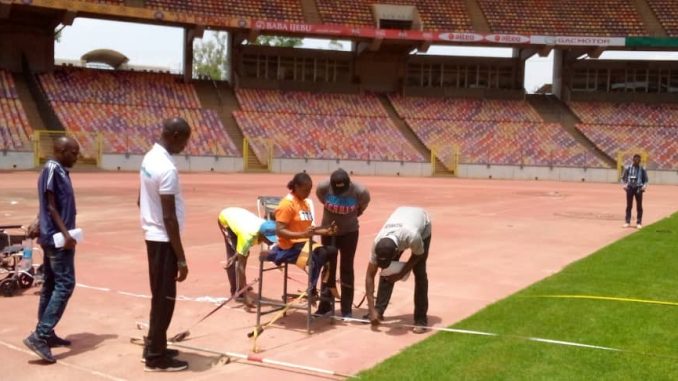 Team Bayelsa has sent a strong message of its intention to come top of the maiden edition of National Para Sports Festival in Abuja.

The team grabbed six gold medals, seven silver, five bronze after day one of hostilities, having gone through the mandatory classifications yesterday.

Igolukumo Angel produced a tournament performance to clinch gold in the T36 and T38.

Para swimming produced three gold medal for team Bayelsa at the end of the day at the Jabi Lake.

However, at the package B stadium, Bayelsa State Para Soccer side were hammered 6-1 by Katsina State in the opening group game.

Bayelsa State hopes of winning more gold medal continues tomorrow morning at the Jabi Lake in Para Swimming and athletics at the main bowl of the Moshood Abiola Stadium.

Speaking shortly after clinching his first gold medal commonwealth bound, Joseph said he was elated to be in the medal table after day one, pointing out that he was looking forward for fruitful outing in the commonwealth games in Brimigham, England.

The commonwealth medal hopeful assured Bayelsans and his fans of more medal before the end of the showpiece.

Bayelsa, Kano and Jigawa states currently lead medal table at the time of filling this report out of 27 participating states.