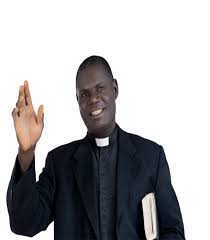 The founder, Caregiver Concern Foundation Africa, Rev. Fr. Clement-Mary Ilechukwu, has called for social security allowance for the aged, the needy, and the jobless in the country.

While lamenting the pervasive level of poverty in the country, Ilechukwu said that the introduction of social security allowance would improve security, arguing that those who cause problems in society do so due to frustration and hunger.

The clergyman who spoke yesterday at an outreach at Amulor Ogboli, Awgu, Enugu State, explained that with the payment of monthly stipend to these categories of people, life would be better for them.

This is even as a spinal cord patient at Awgu, Enugu State, Uzoma Ibeneme, has appealed to the government and good-spirited Nigerians to help pay for her surgery estimated to cost over N6m in a Nigerian hospital.

Miss Uzoma was involved in a car crash in 2008 and has been bedridden since then, as her poor parents, who are peasant farmers, could not afford the cost of the surgery.

The patient, who spoke at the forum, said since then, all efforts to get help, had failed.

Responding, Fr. Ilechukwu, said, “the Lord has heard you, you will get help and you will be healed.”

He advised her never to lose hope in Christ, as one with God is saved.

The catholic priest stated that he decided to reach out to the vulnerable, handicapped, and the needy in the area to ameliorate their problems.