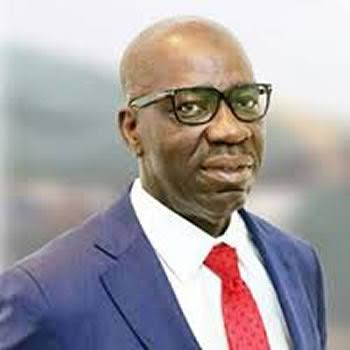 No fewer than 513 workers of the Edo State Sports Council have been relieved of their jobs by Gov. Godwin Obaseki with effect from March 21, 2022.

The News Agency of Nigeria (NAN) reports that the approval to this effect is contained in a memo dated March 4, 2022.

It stated that while the affected staff would be immediately paid their one month in lieu of notice, their pension payment will commence in April 2022.

“In the foregoing, we have carefully reviewed the organisation structure for the new Sports Commission and assessed the existing staff of the defunct Council against the required competencies required to operate in the Commission,” it stated.

Meanwhile, the affected staff on Wednesday protested their sack by blocking all roads leading to the Samuel Ogbemudia Stadium in Benin City.

The affected workers, comprising athletes, coaches, and administrative staff, prevented vehicular movement within the stadium area and prevented anyone from gaining entrance into the stadium.

Some of the protesters, who spoke with journalists noted that they were shocked to receive a circular of their disengagement from the Edo Civil Service and were asked to reapply as casual staff.

One of the protesters, and former Paralympian, Patience Igbiti, said, “I have been here for over 20 years as permanent staff, and all of a sudden you disengaged me.

“I have rejected jobs abroad to train people for my State, where do you now want me to start from?

“The Governor has not done well and this is not the right way to do this. We have people who are retiring soon, and you sack them.

“I am an international figure and I am a breadwinner, do you want me to go to the ring road and be begging? God forbid”

Another affected staff, Friday Aibangbe, a blind athlete, noted, “I believe that the governor did not consider us at all.

“You sacked the cripple, you sacked the able, and you sacked the blind. Look at somebody like me, where did the governor want me to go to. Do I go and start begging for money? Make them get a human face. It is very sad, it is very painful,” he said.

Addressing the protesters, the Commission Chairman, Yusuf Ali, promised to take their complaint to the government.

“I wouldn’t have wanted this to be the way we met for the first time, I am a former athlete myself and you know me very well.

“I have always fought for the welfare of athletes that is why I am here to see how we can solve this.

“I need suggestions from you so I can take something back to the government,” Ali stated. (NAN)