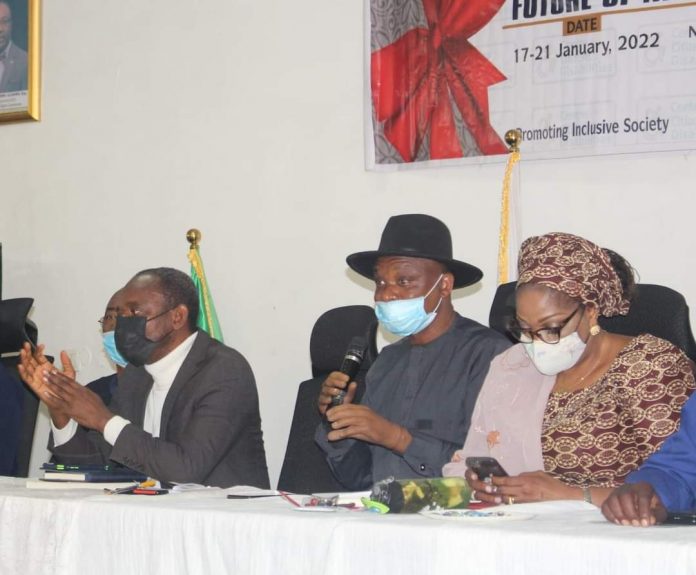 The organisations noted that the PWDs have the fundamental rights to vote and be voted for during the forthcoming general elections in the country.

The 3-day programme also marked the anniversary of the passage of the bill discrimination against persons with disabilities ( Prohibition ) Act, 2018 , which was signed by President Muhammadu Buhari.

In a statement made available to Daily Sun, the Executive Director of CCD , Mr David Anyaele applauded the effort of stakeholders who participated in the drafting of the bill and ensuring its passage.

Part of his statement reads; “Despite the facts that Nigeria is among the countries that signed and ratified the United Nations Convention on the rights of persons with disabilities (UNCRPD) , several administration came without Establishing any legal frame work to promote the rights of PWDs”.

“As a result of the negligence, concerned and informed Nigerians with disabilities , Organization of persons with disabilities (OPDs), Civil society organizations (CSOs) and development partners took on the responsibility to drafting the bill and advocating for its passage at the national assembly”.

He said President Muhammadu Buhari finally assented to the bill after several advocacies and lobbying attempt which almost led to the frustration of the bill for over 18 years.

The CCD Director said the annual commemoration of the passage is aimed at bringing together major actors in the disability communities and stake holders to review previous years activities and their impact on PWDs.

“It is also aimed at identifying and building on success stories as well as the gaps that continue to impede the acts for adequate and proper implementation among many others”. He added.

According to the statement, the Minister of State , budget and national Planning, Prince Clem Ikanade Agba , congratulated the Centre and People With Disabilities, saying that the event reflected the need for inclusiveness of (PWDs), “in all works of life knowing fully well the impact of being deprived of rights”.

“The Minister of state for environment, Chief Sharon Ikeazor, who also spoke at the event also congratulated CCD and its partner, the Ford foundation for putting up the programme.

“The minister also acknowledge the long journey of 18years of relentless advocacy by various disability rights groups and activists.

“The Minister revealed that the ministry is working hard towards transiting to a green economy to ensure a conducive environment for the citizenry ,and that persons living with disabilities have a better quality of life”. The statement added.

Dana Air Under Fire For Discrimination Against PWD, Threatened With Total...