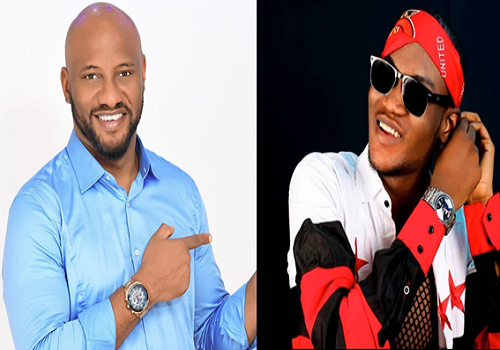 Actor Yul Edochie has gifted Daniel Eze, a blind fan N100,000 for mimicking his style of talking and communication.

The movie star shared a video via his Instagram where the blind fan could be seen and heard imitating his speech pattern using a baritone like the actors.

In the video’s caption, Edochie indicated he planned to reward the fan, encouraging others to trail his path as he wished them luck.

He wrote: “A blind fan of mine who mimicked my voice. He’ll get 100k today as soon as I receive his name and account details.

“You can post your videos on your page then tag me. I want to see stronger performances. Good luck.”

In a recent development, the star actor also shared a video of the blind fan acknowledging receipt of the fund and appreciating his kind gesture.

In the video, Daniel could be heard saying: “I am doing this video to confirm to everybody that Mr. Yul Edochie has sent me the N100,000 for mimicking him. Like, I am so so very happy and appreciative.

“I thank you, Mr. Yul, for what you have done. I really really appreciate it. You don’t know what this money means to me”, he said.

The last child of legendary Nollywood actor, Pete Edochie captioned the video: “He has received his 100k giveaway.

“For all those who would like to support him as well, you can reach him through @rude_king_official.”