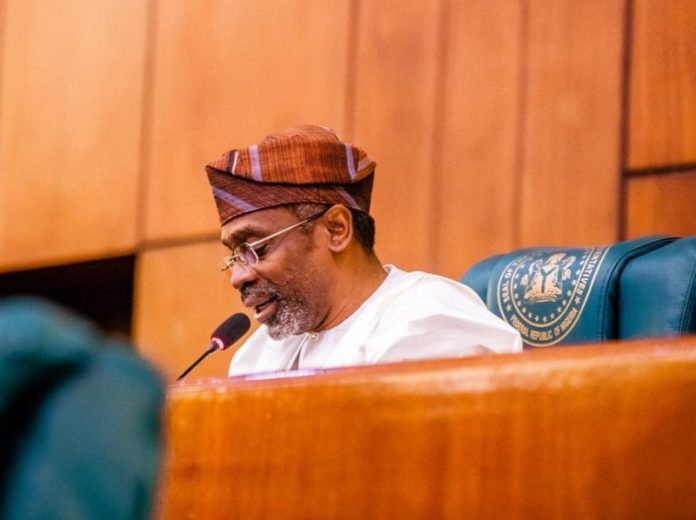 The Speaker of the House of Representatives, Rt. Hon. Femi Gbajabiamila has said the possession of a minimum of secondary school certificate or its equivalent by persons seeking election into public offices is no longer in tandem with the realities of today’s world.

He has therefore called for the amendment of Section 131 (d) of the 1999 Constitution to raise the minimum requirements for persons seeking elective public offices.

According to the Speaker, the provision contained in the constitution was a product of a different time and not a reflection of the demands of today.

He stated this on Monday while delivering the 52nd Convocation Lecture of the University of Lagos, UNILAG.

The lecture is titled, ” Building back better: Creating a new framework for tertiary education in Nigeria in the 21st Century.”

“The National Assembly needs to look into Section 131 (d) of the 1999 Constitution with a view to increasing the minimum educational qualification for persons aspiring to be future President of Nigeria and other top offices including the National Assembly as against the current minimum requirement of a secondary school certificate or its equivalent.

“As we have reduced the age for eligibility to contest those offices so also we should increase the minimum educational requirements. It will be another step in reforming our electoral system and providing strong leadership for the country. Let us lift our gaze from consideration of small things to focus on the pursuit and achievement of grand ambitions that lift us all and save the future.

“Through our joint efforts, let us raise a generation in whose hearts the light of understanding is lit and cannot be put out, who possess both the zeal and the passion for defeating the tranny of low expectations and making good the life of man here on Earth,” he said.

On the controversy trailing the adoption of direct primaries for choosing parties’ candidates for elections, Gbajabiamila opined that it was the best for the country.

“The country is faced with yet another general election in 2023, prior to the 2019 general elections, we succeeded in amending the constitution to effect the “Not too Young to Rule” request and ensure the eligibility of young people to aspire to high offices in the land by reducing the eligible age for political offices.

Towards the 2023 elections, it was my hope that a Direct Primary election method will increase greater participation in the leadership recruitment process. I believe it would afford party members to be part of the process directly,” he said

The Chairperson of the occasion, Justice Amina Adamu Augie of the Supreme Court, challenged the Speaker to ensure that his postulations are put into action.

The Pro-Chancellor/Chairman of Governing Council, Senator Dr. Lanre Tejuoso, commended Gbajabiamila for his tireless efforts in the political sphere.

The Vice-Chancellor, Prof. Toyin Ogundipe, said the choice of Gbajabiamila as the convocation lecturer was a continuation of the classy trend the university had chosen a few years ago by bringing top-rated speakers for such events.