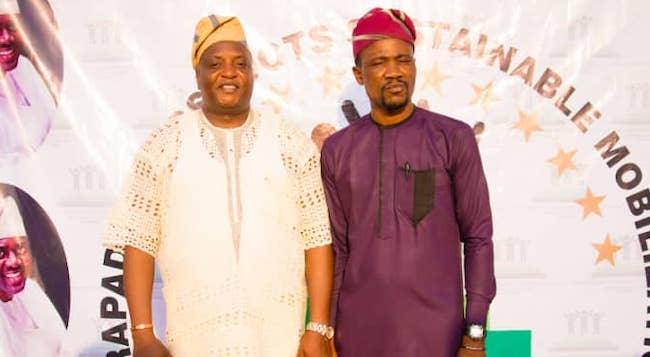 The Chairman of Oyo West local government area, Hon Akeem Olukitibi, has called for proper political orientation and sensitisation amongst Nigerian youths, including people with disabilities towards achieving a working system as a country.

Olukitibi made this declaration on Friday at the 2022 Annual Sensitisation and Political Sensitisation programme of the Irapada Grassroots Sustainable Mobilisation (I-GSM) of the Oyo Federal Constituency of the People’s Democratic Party (PDP).

He said: “The reason for sensitisation, indeed, I find the request by Nigerian youths to be given power truly amusing. A critical look at the Nigerian political history shows that Nigerian youths have always been at the corridors of powers since independence both in the military and civilian regimes but some of these teeming youths were in short of proper political sensitization and orientation.

The council head further stressed the need for prompt voter registration and collection of PVC amongst teeming party members at the grassroots. He said, “Politics is everywhere, though from local, and it is a game of number, power can only be transferred legally through the electoral process. Let use this gathering to enlighten our people out there to use the power of the ballot papers to effect the change we desired in this country, we need positive change to have a better Nigeria.

“PVC as a weapon, to register either as a new voter, or to change your voting location or to replace your damaged/misplaced card, visit INEC office or get yourself registered through online, I, therefore, appeal to everyone, to be part of this project in our various polling unit, wards, local government, zones and at the state at large to achieve the cardinal objectives ahead of 2023 general elections, wishing you very fruitful deliberations.”

While giving his remark at the event, the organiser of the movement, Comrade Oladipupo Omobosola appraised the Engr Seyi Makinde led administration. He, however, called the attention of party members to some of the achievements of the governor, and also advised against paying attention to political distractors at all levels.

Omobosola concluded by stating the efforts his I-GSM movement has been taking to identify and sensitise people at the grassroots on PVC collection, especially People living with disabilities (PLWDs).

The event had in attendance Prince Fatai Adeyemi, councillors, youth leaders and party faithful across the Oyo Federal Constituency.