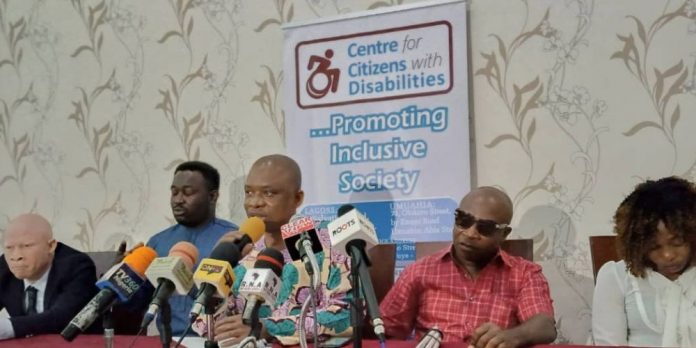 NCPWD was established to oversee the education, healthcare, and protection of persons with disabilities, including the socio-economic, civil, and other associated matters involving every Nigerian with a disability.

The Executive Director of the Centre for Citizens with Disabilities (CCD), David O. Anyaele made the call in a statement released on Sunday to commemorate the 3rd anniversary of the passage of the Discrimination against Persons with Disabilities (Prohibition) Act 2018.

The Act was assented to by President Mohammadu Buhari on January 17, 2019.

The theme of the Anniversary, “2023 General Elections and the Future of Nigerians with Disabilities” is expected to hold from January 18 -20, 2022 at the National Human Rights Commission Conference Hall, Maitama Abuja, by 10 am daily.

According to Anyaele, ‘ It is going to be a week-long event. It would create awareness on the successes recorded since the passage of the Act, and efforts of stakeholders towards ensuring the full implementation of the Disability Rights Act” will be capitalized on.”

I Was Promised N30 Million To Harvest Human Parts For Money...