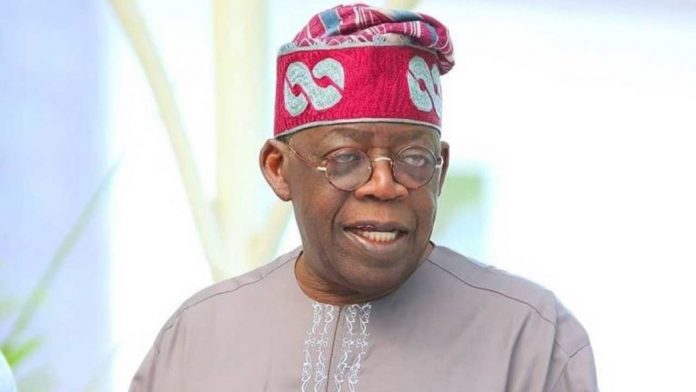 Foremost APC Presidential contender, Bola Ahmed Tinubu says he is going to be President of Nigeria. Ha claims this with significant confidence.

Bola Tinubu, a chieftain of the All Progressives Congress (APC), says with the “strong support” of the masses, he will win the 2023 presidential election.

The former Lagos governor had announced on January 10, that he had informed Presidential Muhammadu Buhari of his decision to contest the presidency.

Speaking on Saturday when he visited the Ibadan home of Rashidi Ladoja, a former governor of Oyo, Tinubu said he had received positive reactions from critical stakeholders on his interest in running for president.

Tinubu had visited Ibadan to commiserate with Seyi Makinde, governor of the state, over the death of Jimoh Oyewumi, the Soun of Ogbomoso; Saliu Adetunji, the Olubadan of Ibadan; and Adebayo Alao-Akala, a former governor of Oyo.

Speaking after the meeting with Ladoja, Tinubu said he is aware of the challenges ahead in his bid to contest, but expressed optimism that he would emerge victoriously.

“The reactions of critical stakeholders to my presidential ambition have been very positive, encouraging, and overwhelming and these have spurred me on with the strong conviction that we would succeed and emerge victorious after the election.

“Life itself is a challenge and I have the confidence and capacity to wade through challenges and overcome. We are forging ahead and with the strong support of the masses of Nigerians, we are going to achieve a resounding victory.”