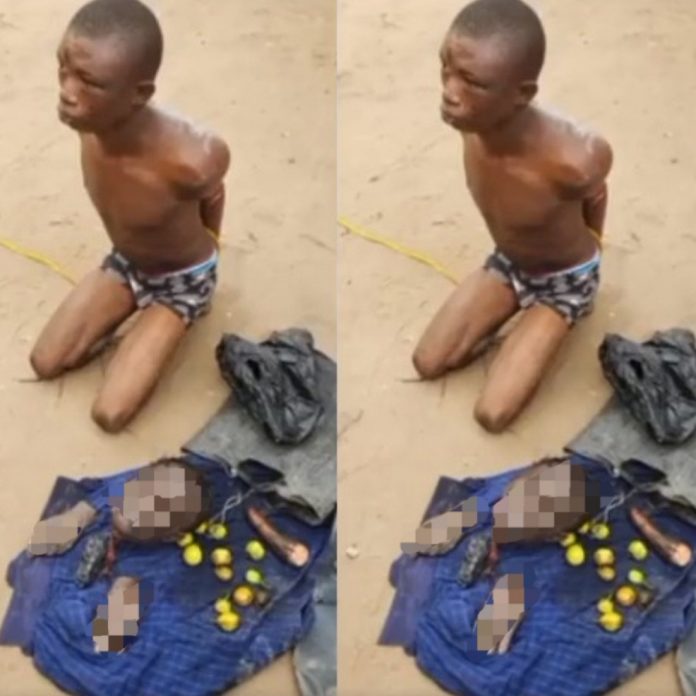 A  deaf man has been caught with a human head and hands in Rivers State.

Chinedu Okoro, 23, was seen on Saturday, January 15, with a bag in Omoku, Rivers state. When the bag was inspected, an elderly woman’s head and hands were discovered.

The suspect was immediately apprehended by operatives of ONELGA Security Peace and Advisory Council, OSPAC.

He has now been handed over to the police for further investigation.

​Photos: Rahma Haruna, the Nigerian teen who lived in a plastic...