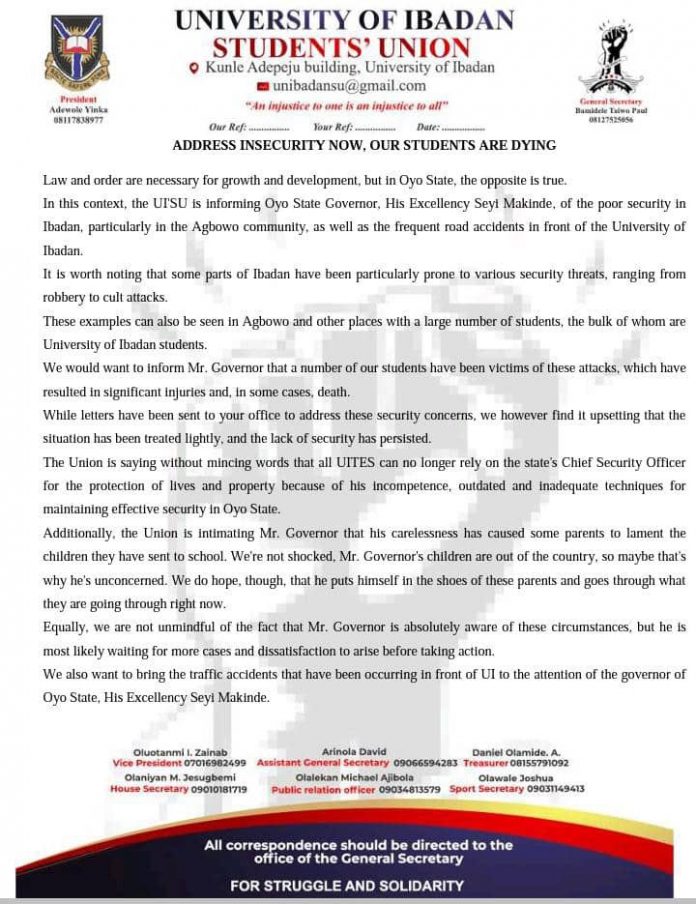 The umbrella body of entire students in the University of Ibadan has written a letter to Oyo State Governor, Engr Seyi Makinde calling his attention to the insecurity of lives and properties in the Agbowo community where a larger percentage of students reside.

The Students’ Union body in a letter signed by its President, Adewole Yinka, and General Secretary, Bamidele Taiwo Paul informed Governor Makinde as Chief Security Officer of the State that a large number of their colleagues were victims of attacks which have resulted in injuries and deaths.

The Students’ Union body lamented that a lot of their colleagues have been involved in accidents in front of the UI gate due to lack of speed breakers and street lights.

The Students’ Union body demands that government should apologize to all victims of various attacks and convey emergency meetings with security agencies in Oyo State.
The Students’ Union body also demanded that speed breakers and traffic lights should be installed in front of the University of Ibadan main gate and other critical areas.

The students said they will have no choice but to embark on protest if the governor didn’t address the issue on time.

Screenshots of the letter by UNIBADAN SU BODY: