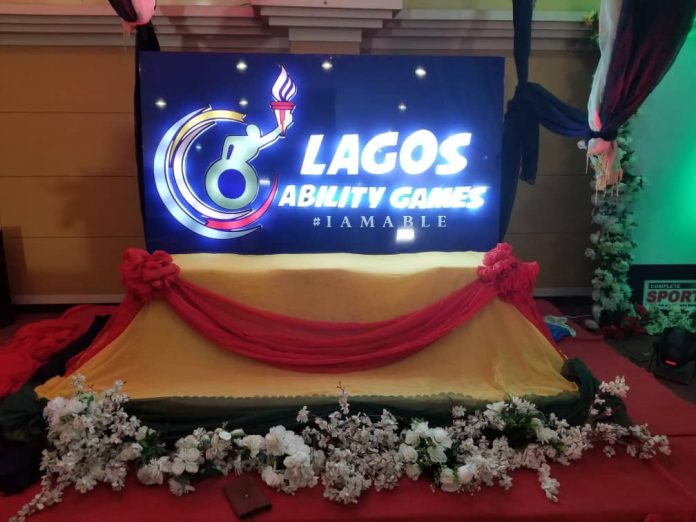 The maiden edition of the Lagos Ability Games was officially unveiled on Monday, 13th December, 2021.

The maiden edition which will be an exhibition, will hold on 29th December at the Teslim Balogun stadium, Lagos.

Also, a special event which is a 50 metres wheelchair marathon race will take place.

At the unveiling, Omotoyinbo did a slide show presentation where he touched on the importance and benefits of competitive sports to persons with disabilities and the overall vision of the Lagos Ability Games.

And the high point of the event was the unveiling of the official logo which was done by a troupe.

In his remarks, the General Manager, LASODA, Dairo, thanked the Lagos State governor Babjide Sanwo-Olu for his support to people with disability in sport.

“First, let me thank the governor who makes promises and fulfill them. It all started with the promise he made during his campaign that he was going to use sport as an empowerment tool for people with disability in Lagos State. And Lagos has always excel in good and inclusive governan’ve especially when it comes to the rights and welfare of persons with disability. Also, Lagos State is the first in Nigeria to sign the disability law for more than a decade before the federal government followed suit.

“Lagos State is the state others come to learn from, just a few weeks ago a high powered delegate from Jigawa and Kano States had members of their house, Head of Service, Commissioners and Directors were in Lagos to understudy some of our programmes and it was an interesting time for them.

“You all will agree with me that in sports people with disability have always done exceedingly well. But we just celebrate them as people representing Nigeria. But I can boldly say that all those people that do well at Paralympics could just as well be representing Lagos, because Lagos is where they all train. Lagos has the sporting infrastructure that support people with disability. So when you see those Paralympians winning gold for Nigeria, that is Lagos effort you are seeing there, they all train in Lagos because we have the facility, we have the people the policy and the reward mechanism.”

Speaking further Dairo said: “It’s getting better too particularly in this administration because the governor is making good his pledge to empower people with disability in sport. And that’s why through LASODA today this idea was born to take it further so that they (people with disability) can have more opportunity to interact, to compete.