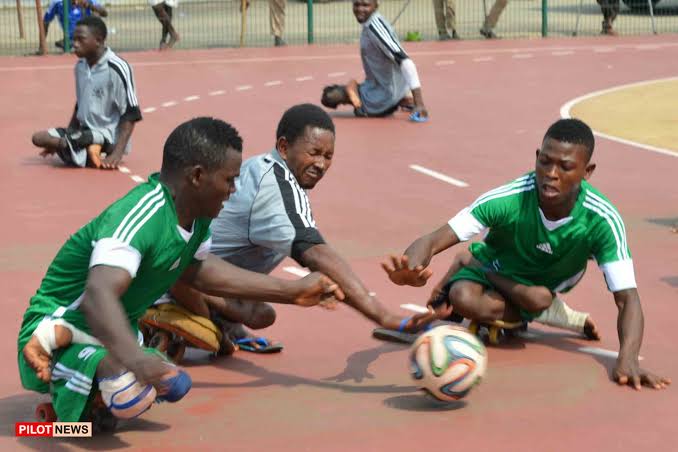 Team FCT thrashed Kebbi State 7-0 in the opening match of the maiden edition of the International Disabled Day Para-soccer tournament which began yesterday in Abuja.

Mohammed Abba and Ismail Yahaya scored a brace each while Mohammed Shuiabu, Mubarak Usman and Ibrahim Adamu scored a goal each for host FCT to complete the rout of the miserable Kebbi state team.

In the first match of day, Kano State edged out Ajanaku Foundation of Lagos 3-0 with Ibrahim Kashim scoring a hat-trick in the 35th, 65th and 67th minute of the match.

Hostilities will resume today at the Old Parade ground Area 10 with the first match between Katsina and Sokoto at 8am. Ajanaku Foundation will engage Zamafra in the second match at 10am, Kebbi will battle Nasarawa at 2pm while the north-central derby between FCT and Plateau will wrap up proceedings at 4pm.

Kano, Kebbi, Sokoto, Katsina, Nasarawa, Plateau, Kwara, Zamfara, FCT and Ajanaku Foundation Lagos are the teams that are taking part in the tournament which ends on December 3, the International Day for Persons with Disabilities.

Para-soccer, a sport invented by Kano born Alhaji Misbahu Lawan Didi, is the physically challenged own version of football.

CAFE Provides Prosthetic Fittings To 156 Persons With Physical Disabilities In...