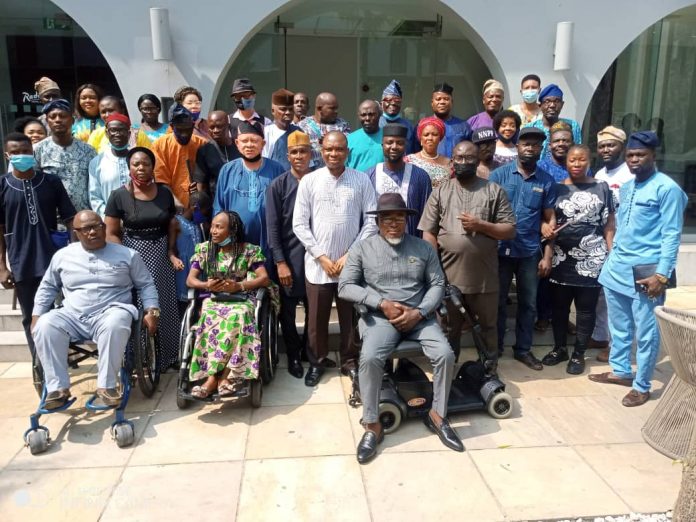 Mr. David Anyaele, Executive Director of CCD, made the call on Friday at programme organised in partnership with the Inter-Party Advisory Council (IPAC) with support from Voice Nigeria in Lagos.

“The purpose of this programme is to ensure that political parties are able to remove barriers that hinder women, elderly, and youth with disabilities in political parties’ framework and activities.

“It is part of the project we are implementing to enhance access to justice, equality, and political participation with support from Voice Nigeria.

“We observe that in the last election measures were not taken by political parties to include PWDs elective positions in their parties.

“We are also using this medium to tell them that the participation of PWDs is not charity,” he said.

Anyaele noted that the Discrimination Against PWDs Provision Act provides that PWDs can participate in politics, adding that the country was also a signatory to United Nations on rights of PWDs.

He added that no human was immune from disability in one way or the other.

“The truth remains that no one is immune from disability, we can only pretend that we don’t have it.
“At the fullness of time it will manifest because if you don’t get it at a young age, you will get it when you get old, ” he said.

“What is going on here today is necessary if we must get it right in our democracy because it is all about inclusiveness.

“People living with disabilities have the right to be members of any political party of their choice and contest for elective positions.

“Political parties should embrace them and give them the opportunity to showcase their potential and contribute meaningfully to the development of the country,” He said.

Various disability groups and members of political parties at a sensitisation programme organised by the Centre for Citizens with Disabilities (CCD) in Lagos. (NAN)

Access to Justice for Persons with Disabilities: ALDIN Leading a Silent...

Total Restates Commitment to Empowering Persons with Disabilities in Nigeria