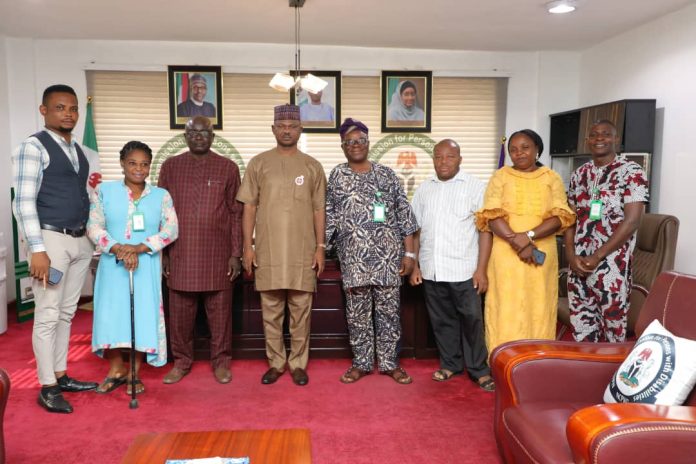 The ES yesterday, 17th November, 2021 in his office received in audience of the recently inaugurated Executive members of NCPWD sports club.

The Executive Secretary congratulated the team as the pioneers Executives of the club and further charged them to be good ambassadors of the Commission in all their endeavors.

In a statement released by Head of media and publicity unit of NCPWD, Mbanefo JohnMichaels I. Lalu also pledged to render both moral and financial support to the team as they prepare for the forthcoming Federal Civil Service games, (FEBSGA) slated to hold in Ilorin, Kwara state in December.

The team manager, Mr. Mike Esio appreciated the ES for the support given to them so far and equally reassured him of the club’s determination to do the Commission proud at all times.

He further pleaded that the ES should not relent in his support in order to have a good representation at the 40th edition of FEBSGA which comes up in December, 2021.