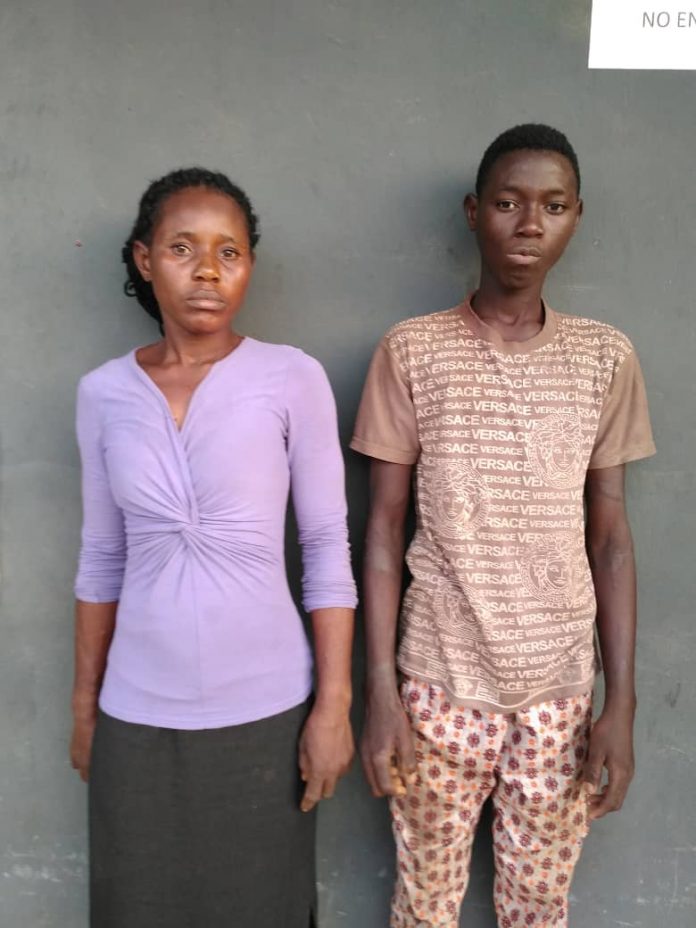 A 35-year-old woman, Mary Ogbeifu, and her 17-year-old son, Godwin, have been arrested by detectives in Ogun State Police Command for the alleged murder of their neighbour, Iyabo Olasheinde, aged 60.

Trouble started when Godwin, who resides at Akoko Crescent, Yakoyo area of Ojodu, went to the compound of the deceased at Omolara Street, Yakoyo, but was told to leave, having been warned earlier not to come to the compound.

On getting home, the 17-year-old informed his mother of his experience who followed him to the said compound, meeting the deceased was met within.

Godwin’s mother immediately picked a quarrel with Ms Olasheinde, demanding why her son was sent away.

Happy with having his mother’s support, the son, said to be deaf, took a broken bottle which he brought with him and used it to stab the deceased on her neck.

Confirming the arrest of the suspects, the police spokesman in the state, DSP Abimbola Oyeyemi, disclosed that policemen at Ojodu Abiodun Divisional Headquarters received a distress call on the incident, making the Divisional Police Officer, SP Eyitayo Akinluwade, to mobilize his men and move to the scene to pick the two suspects.

Oyeyemi said that the victim was rushed to a nearby hospital for treatment, but she was pronounced dead on arrival by the doctor on duty.

He added that the corpse of the deceased had been deposited at the mortuary for autopsy.

The PPRO also said that the state Commissioner of Police, Lanre Bankole, had ordered the immediate transfer of the suspects to homicide section of the State Criminal Investigation and Intelligence Department for further investigation and subsequent arrangement in court.