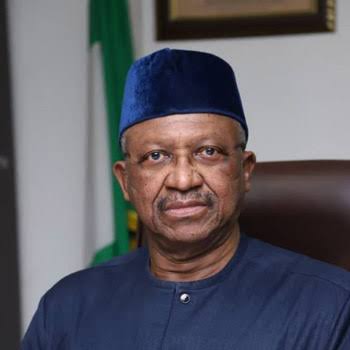 The Federal Government on Thursday said that the country had a 0.78 per cent prevalence for blindness.

The Minister of Health, Osagie Ehanire disclosed this during a press briefing to commemorate the World Sight Day.

The News Agency of Nigeria (NAN), reports that the theme of this year’s celebration is “Love your Eyes” and the slogan is “Save Your Sight”. The World Sight day focuses on the importance of eyes and the related ailments which many times people tend to ignore.

The WSD is an annual day of awareness held on the second Thursday of October, to focus global attention on vision impairment, including blindness.

The programme will run for a week with various activities lined up which includes, advocacy visit to various agencies and organisations, school eyesight programme which will make it compulsory for each child to go through vision testing and other activities.

Ehanire, who was represented by the Permanent Secretary of the ministry, Mr Mamman Mahmuda also said that 84 per cent of the blinding diseases in the country were avoidable.

He, however, added that lack of awareness and inaccessibility to health care services were possible reasons why the blinding diseases could not be avoided.

He said, “In a country such as ours with a prevalence of 0.78 per cent for blindness and 84 per cent of these blinding diseases are avoidable with possible causes like cataract, glaucoma, refractive errors, uncorrected aphakia, harmful traditional eye practices, corneal opacities and NTDs like trachoma.

“Lack of awareness and inaccessibility of eye care services are possible reasons why many Nigerians still remain visually impaired as they still seek unorthodox eye care which leads to disastrous treatment outcomes.

He, however, stated that the integration of Primary Eye Care into Primary Health Care would change the pattern of eye care services in Nigeria.

He said, “We believe that the integration of PEC into PHC will potentially change the pattern of eye care services in Nigeria to a level where the nationwide blindness prevention efforts would start from the grassroots instead of from the urban hospitals as is the case today.

“Currently, in the next few days, we are in the process of training primary health care workers in Kogi state and we wish to thank Sight Savers international for their efforts in this regard.

“Furthermore, we have developed the data collection and reporting tools for PHCs.

“This we believe is necessary step further in the integration process which is aimed at strengthening the capacity of the non-ophthalmic Primary Health Care Workers (PHCWs) in Primary Healthcare Centres (PHCs) which are major access points for many Nigerians in the rural areas,” he added.

Also speaking, the senior program manager for Eye Health sightsavers, Dr Selben Penzin said that nearly every one person on earth would experience an eye disorder in life and this gets more possible as they got older.

“According to the World Health Organization, more than 2.2 billion people, quarter of the world’s population – have a visual impairment, with four times as many people affected in low and middle income countries.

“More than half of this vision loss is preventable or treatable, but lack of quality eye care services means many people cannot access the care they need.

“It is estimated that globally, hundreds of billions of dollars is lost in productivity each year because of visual impairment and blindness.

“Since 1950, Sightsavers has collaborated with ministries of health and partners in more than 30 countries to eliminate avoidable blindness.” Penzin explained.

According to her, on this WSD 2021, let’s remember that there are millions of people in this country who can be given the gift of sight, the gift of light, if you empower them.

She called on the government to make sure everyone, everywhere could access eye care means including women, people with disabilities and other marginalised groups in eye health programmes and their design.

On her part, the National Advisor Inclusive Eye Health, Nigeria, Christoffel-Blindenmission Christian Blind Mission, CBM, Dilichukwu Aniemeka, said that the importance of eye health could not be overemphasized, as at least 1 billion people have a vision impairment that could have been prevented or were yet to be addressed globally.

Aniemeka said that “Approximately 80 per cent of these individuals live in low and middle-income countries such as Nigeria. This number is expected to increase owing to population growth and ageing”.

“CBM recognises the gap in eye health service delivery in Nigeria, and aligns with the National Eye health policy to develop strategies to strengthen our eye health systems.

“We are mobilizing resources to improve eye health coverage, make these services affordable and acceptable to the people at a cost that will not cause impoverishment. However, we can do more,” Aniemeka said.

She added that everyone have a role to play in creating awareness and educating the general public on blindness and visual impairment.

Society for Blind to raise funds to support members