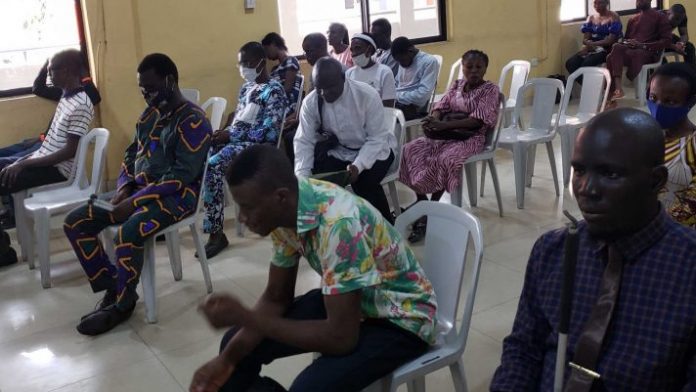 As the world recovers from a global economic distress resulting from the Corona Virus Pandemic, it has never been a better time to be an entrepreneur.

The post-COVID-19 realities has made things more difficult for all, but the difficulty is even more pronounced among persons with visual impairment.

This was one of the take-outs from the annual conference of the South West youth wing of the Nigeria Association of the Blind.

Themed “21st Century Entrepreneurship: What You Need To Stay Ahead”, the event saw speakers share their expertise on a comprehensive range of topics from the interpersonal skills needed to manage team members to not only start, but grow a business.

One of the speakers at the event, Barrister Adesola Ajayi, spoke on the importance of registering a business, and the legal implecations. The three-day conference also exposed participants to the different new business opportunities that visually-impaired persons can get into, especially in today’s digital age.

A poll taken at the programme showed that less than 15% of the visually impaired attendees had sustainable sources of income. On poverty alleviation, attendees noted that they have not been getting massive support required from the government at all levels especially during the COVID-19 lockdown.

“We did not get any support from the government” Adeniyi Ajayi, the Youth Leader of the Lagos chapter of the NAB said in an interview with The Guardian.

Ajayi also revealed that they got no support from government in putting the event together even after appeals were made to the Lagos Ministry of Youth and Social Development.

He further lamented that appeals were also made to the Lagos State Office for Disability Affairs but were told the programme was not in their budget.

He said the event was made possible through donations from members of the association, and Bethesda Home for the Blind.

The Youth Leader called on well-meaning Nigerians, private organisations and government parastatals to show better support to programme that are aimed at helping visually-impaired Nigerians to become financially self-sufficient.