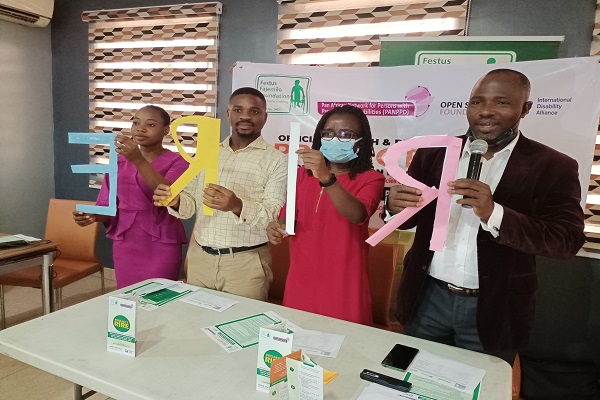 An advocacy project for social change and inclusive policies for persons with psychosocial disability (PPD) has been launched in Lagos.

The project — RIRE which means re-address inclusion rights and empowerment — is an initiative of Festus Fajemilo Foundation in collaboration with PANPDD, and international disability alliance.

The project seeks to improve mental health and psychosocial services for PPD, priotising PPD in vaccine roll-out, digital inclusion of PPD and also promotion of learning and development among PPD.

The project lead, Afolabi Fajemilo in his welcome address explained that the project has a three-month timeline and it is being funded by Open Society Foundation but beyond that, but the advocacy will be sustained beyond the timeline.

Fajemilo noted that even among the community of persons with disabilities. We also have those with psychosocial disability which is largely misunderstood, and a lot of studies have shown that this vulnerable population have been really impacted negatively.

According to the project’s technical lead, Ms. Titi Tade, she emphasised that the project was designed with a specific goal of advocating for people with psychosocial disabilities.

She said, “Many situations hamper the fact that those with PPD are not able to function properly within society. They are left sort of isolated and stranded, because people are not aware that they have challenges”.

Tade noted that the project will embark on campaigns to schools, interact with religious leaders, revelant stakeholders and also employ the use of social media platforms to amplify the message on mental health challenges.

College Of Education In Bauchi Offers Free Education For People With...