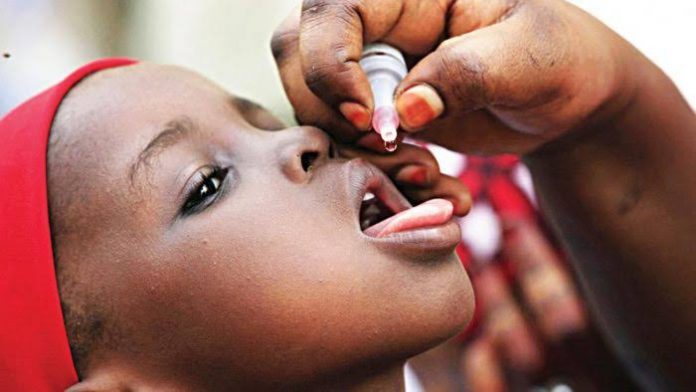 Enugu State Government says it was targeting a total of 1,014,953 children for vaccination against wild polio virus to ensure the disease does not resurge in the state.

The target population, representing 20 per cent of the total population of the state, are children between the ages 0 and five.

Ugwu disclosed that the exercise kicked off on Oct. 6 and would end on Oct. 10 in the state, adding that a few days additional (mop-up) might be possible, if the need arises.

He said that the state had received 1,306,700 doses of the new oral polio vaccine from the National Primary Health Care Development Agency and its health partners for the exercise.

According to him, Enugu State does not have any case of wild polio. “But what we intend to do is to emphasize on prevention and check possible resurgence of polio in our state and land,” he said.

The ENS-PHCDA boss said that the agency has trained and kitted 2,834 vaccinating teams, which comprise 1,643 home-to-home teams, 780 special teams and 411 fixed teams.

He said that the exercise would reach all nooks and crannies of the state, adding that it would cover the state’s 17 council areas, 291 wards and over 3,000 settlements.

Said Ugwu: “The vaccinators have been mandated to look for every child and ensure no child is left out. We are going to homes, schools, churches, malls, parks, markets, farms as well as all living areas, where a child can be found.

“We have mobilized our ward and council information volunteers and mobilization officers as well as written to religious, traditional and community leaders about the exercise and need for them to totally key in.

“Today, we are mobilizing the press for their support to enlighten our people to take the vaccination seriously and ensure that wild polio does not come to cripple any child in the state and the country in general.

“We are appealing to parents, teachers, caregivers and family members to support this exercise and ensure that no child known to them or close to them is left out of taking the new oral polio vaccine”.

Ugwu lauded Governor Ifeanyi Ugwuanyi for supporting the agency for the exercise and for mobilizing both professionals and logistics to ensure that the exercise was a huge success.

“Our health-loving governor, His Excellency, Chief Ifeanyi Ugwuanyi, has supported the agency in the exercise to ensure no child is left out in the state, notwithstanding the remoteness of where such a child is found,” he said.

The new oral polio vaccination is taking place nationwide simultaneously in the 36 states and the FCT.

Jigawa councils to use sweets as enticement for polio vaccines