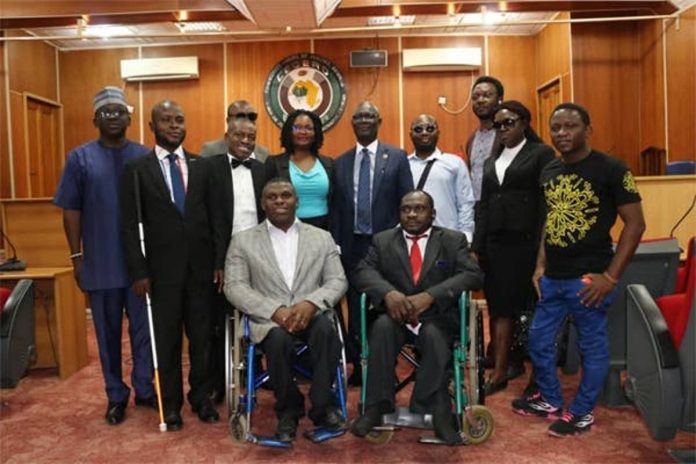 The World report on disability, published in 2011, stated that about 25 million Nigerians had at least one disability. And by 2021, there are reportedly over 32 million Nigerians with some form of disability. In Nigeria, disability issues are often viewed with the lens of charity or welfare, which often occasion social exclusion and disempowerment of the group.

Persons with disabilities are daily faced with the stinging realities of pity and stigma. The discrimination they face reduces their access to many aspects of life endeavours, including education, health and employment.

The disability rights movement has sunk deep roots in many countries around the world, especially over the past decade. It is in many ways a “visibility project” whose prime message is to remind us of something that we do not need to be reminded about, namely, that persons with disabilities are human beings and, therefore, share the same human rights as everyone else and the right to enjoy them to the same degree. The evolving human model of disability has as its goal the acknowledgement that persons with disabilities have a rightful place in life’s mainstream and that the achievement of independence and participation on genuinely equal terms is not only a socially desirable goal but also a right. The transcendent aim of these is to achieve genuinely inclusive societies for all.

Disability Law is centrally concerned with, and defined by, questions about the role of the law in creating, perpetuating, resisting, and contesting disablement – important questions with profound implications for social justice. ‘Disability’ is understood as the resulting disadvantage or oppression. Law and the justice system, like other social systems and practices, operate in disabling ways to instantiate and underpin the disadvantage experienced by people with ascribed impairments. Conversely, they also provide mechanisms through which disabling practices and structures can be challenged.

Though an evolving concept, Disability Law continues to emerge and take shape. As already mentioned, the CRPD has proved highly influential in the development of Disability Law. Through it, human rights law concerning people with disabilities has developed apace over the past decade – at the national as well as the international level.

It is noteworthy to emphasise that certain instruments are legally binding for the states that ratify them, such as treaties, conventions and protocol. Countries that have ratified an international treaty have to issue implementing orders, revise existing laws or introduce new laws to give full effect to the treaty on the national territory. Treaties can be used to urge governments to respect the provisions they have agreed to. On the other hand, other instruments like declarations, resolutions, rules or principles are non-binding. They may be used in certain situations to encourage governments to give a more positive picture of their countries regarding the human rights situation. In this case, Nigeria and its federating states are bound by the provisions of the CRPD.

The Federal Government of Nigeria, having enacted a law protecting the rights of persons with disabilities, imposes complimentary obligations on the various state governments to adopt and pass same.

Lastly, some states in Nigeria have taken cognisance of their legal obligations to their citizens with disabilities and thus adopted/enacted disability law in their states thereby not only morally/legally challenging their counterparts, but making, enacting and maintaining superior precedent of compliance with both national and international laws on disability. All other state governments are hereby called upon to enact laws for the protection of persons with disabilities in their domain.

Iyodo is the Director, Media and Publicity of the Association of Lawyers with Disabilities in Nigeria.

ALDIN hails NBA for inauguration of Lawyers with Disabilities Forum