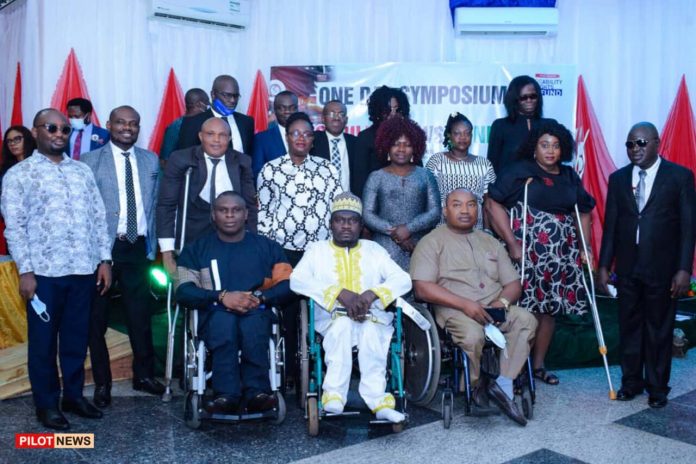 Mr. Yusuf Iyodo, Director of Media and Publicity of ALDIN disclosed this in a statement on Wednesday in Enugu.

Iyodo said that domestication had become necessary following the increasing number of Persons Living With Disabilities, PLWD, in the country.

“PLWD suffer all manner of social exclusion and stigma which ought not to be and the narrative must be changed,”

The National Assembly had in 2018 enacted the law which among other things protected the rights of PLWD.

The promulgation further imposed complementary obligations on state governments to domesticate the Act.

According to him, Article 4 of the Convention on the Rights of Persons with Disabilities, CRPD, mandates state parties to carry out actions to modify practices that constitute discrimination against PLWD.

“The import of the Act was to achieve a socially inclusive society,

“But many states are yet to comply thus complicating living conditions of persons living with disabilities,” the Director on Media said.

He further revealed that no fewer than 32 million Nigerians are living with one form of disability or the other.

Many PLWD in Nigeria has lost out in various life’s endeavor, including education, health and employment.

“Hence, it is necessary and expedient that all states of the federation comply with national and international laws on disability.

ALDIN Laments Exclusion Of The Deaf In Covid-19 Campaign