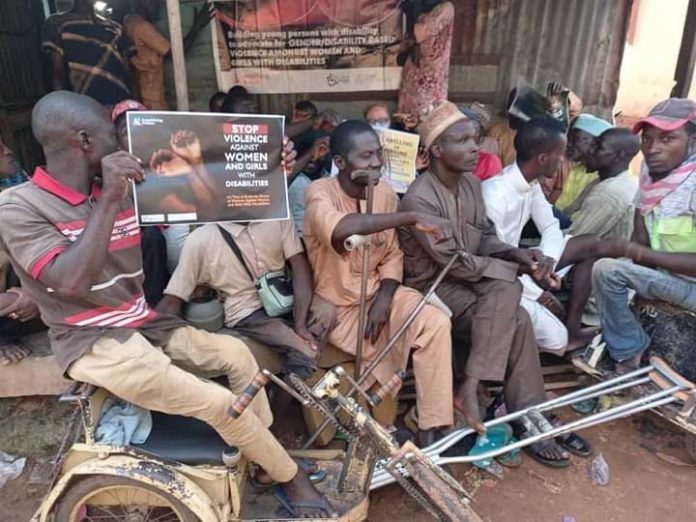 The Gwagwalada Area Council Disabilty Community has been visited by Inclusive Friend Association (IFA) for sensitization purposes. The object of the sensitization was centered on usage of correct terminologies for Persons with Disabilities.

The visit which occured on Sunday 25th September had some 26 PWDs present.

Nneka considered the use of terms like “special people”, or ” people with special needs” as inappropriate for addressing Persons with Disabilities. The reason, she opined, was that PWDs no longer operate the charity model which sees Disabilities as feeble and needing help.

She went on to add that derogatory words like “handicapped, cripple, albino, ” etc are not acceptable as they tilt towards insult and disrespect. Such terms, according to her may cause the individual concerned emotional trauma. She insisted that the emotional aspect of disability based violence is the main focus of the project. “We intend to reach our goal through radical advocacy”, Onyemaechi said.

At the end of the session, participants present were glad as they learnt to advocate within their local circles while refusing to internalize derogatory terms. The project was co-sponsored by the Ford Foundation.