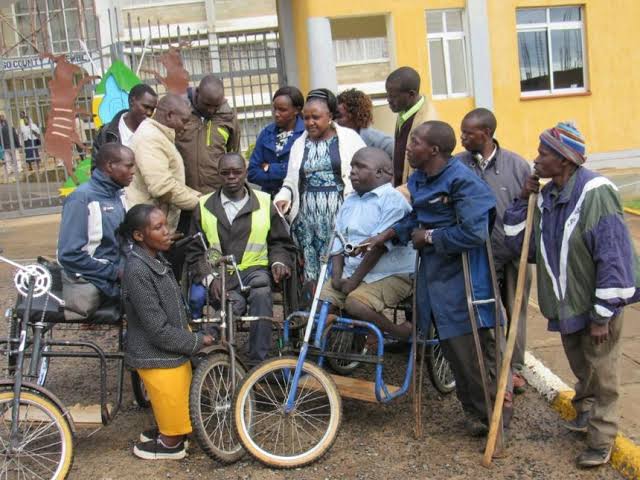 The National Association of Persons With Physical Disabilities, Ekiti State Chapter has Inaugurated a three-man committee to pilot its affairs and conduct elections to elect new executives within the next three months.

This followed the handing over of leadership by Mr Gbenga Obanise who was recently appointed by Ekiti State, Governor Kayode Fayemi as the New chairman, Ekiti State Agency for Persons with Disabilities.

Speaking on behalf of the committee members, the committee chairman, Mr Omotayo Ogunleye assured members of an all inclusive leadership, promising that everyone will have the chance to make an input towards the growth of the association.

Commenting, the outgoing chairman, Mr Gbenga Obanise thanked God and appreciated members for all the support given to ensure success of his administration in the last four years.

In separate remarks, some members gave gifts to the out-going chairman and another member, Mr Bello Bakare and General Secretary, Joint National Association of Persons with Disabilities, Ekiti State, Mr Funsho Olajide while praising the outgoing Chairman said Mr Gbenga Obanise during his tenure facilitated a lot of empowerment schemes for the association and have influenced so many lives such that his name remains indelible in the history of the Association.

Coalition speaks on challenges of PWDs, presents findings on COVID-19 and...