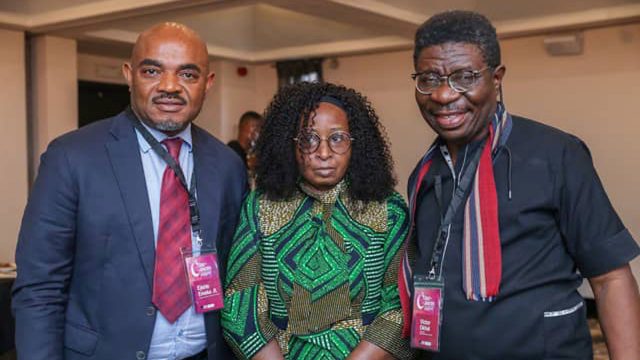 Arden & Newton, a brand strategy consultancy firm in Nigeria, in collaboration with Ford Foundation, have organised a symposium with Nollywood stakeholders to address the misrepresentation of women with disability in Nigerian films.

The symposium, which held in Lagos on Tuesday, hosted about 50 major filmmakers, actors, actresses, directors, producers, scriptwriters, leaders of the industry’s associations, and representatives of the Lagos State Ministry of Tourism Arts and Culture.

In her opening remarks, representative from Ford Foundation, Onyinye Onyemobi, said the portrayal of women with disability in Nollywood aligns with Ford Foundation’s focus on social inclusion and impunity surrounding the marginalisation of women and girls in the country.

“We believe that cultural and social norms affect and shape the way people interpret reality and perceive certain groups of people in every society.

“Today, we seek to throw light on the root cause of these injustices and inequalities that exist and how persons with disability are portrayed in Nollywood,” Onyemobi said.

She said for years, the stories of women with disabilities have been misrepresented and told without much context in Nollywood movies.

Presenting the preliminary findings from the analysis at the event, renowned cultural critic and writer, Oris Aigbokhaevbolo, said the research, which considered a dozen movies across different genres, featured at least one female character living with a disability.

“I have gone through a bunch of Nollywood films looking specifically for movies that have female characters who were people with disabilities,” said Aigbokhaevbolo.

“I discovered that the characterization of these women are not strong enough in the media, and as a result, people assume that this is their reality.”

Commenting, Executive Director of Deaf Women Aloud Initiative, Helen Beyioku-Alase, said In Nigeria, Nollywood wields a powerful influence that is often a determinant of audience behaviour, as the audience watch the content portrayed on the screens, internalize it and accept it as a representation of reality.

“Disability is more about the barriers we encounter in society than the formal definition.

“Inclusion is king, and the best way to think about inclusive storytelling is by understanding persons with disabilities and then reorienting society and Nollywood practitioners on what disabilities mean,” she said.

Similarly, Chris Ihidero, the founder of Pinpoint Media, said, “If content is king, then context is the kingdom. When we understand persons with disabilities better, we would be able to tell better stories about them.”

“The quality of conversation and recommendations we’ve had today will strengthen Arden & Newton’s resolve to dedicate its effort to socially driven projects that elevate the dignity of humans in our society,” he said.

As part of its collaboration with Ford Foundation, Arden & Newton will continue the conversation by producing a documentary film that showcases the resilience of women with disabilities living in resource-producing communities in Nigeria. The documentary is scheduled for release in December 2021.

Total Restates Commitment to Empowering Persons with Disabilities in Nigeria