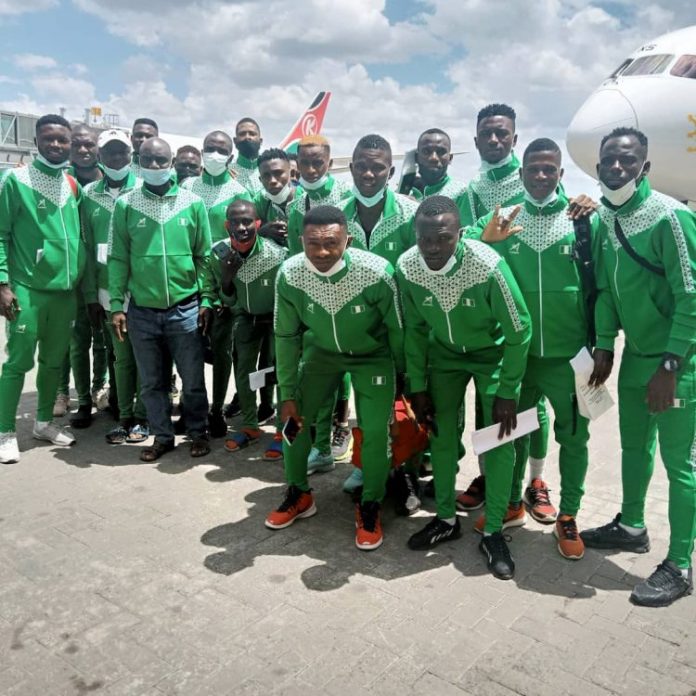 The Ministry of Sports Kenya, has threatened the participation of the Deaf Eagles of Nigeria in the ongoing Deaflympics qualifier taking place in Nairobi, Kenya due to Covid-19 pandemic issues.

On September 12, 2021 Nigeria Deaf men football team were tested upon arrival at Nairobi for Covid-19 and no result was given to the team on outcome of the tests.

The Deaf Eagles went for training on September 13, after which another Covid-19 test was later carried out on the team and two players were confirmed to test positive via sign-language means of communication.

Situation became gloomy when the entire Nigeria team was barred from attending the opening ceremony in the evening, the players were confined to their hotel rooms.

However, Coach Banjo and Secretary-general of Nigeria Deaf Sports Lukman Agbabiaka went for the opening ceremony and also used the opportunity to make arrangements for food for the players who were not allowed to come out.

While the duo of Coach Banjo and Agbabiaka were away, Sports Intelligence Magazine reports that another round of test was conducted on the team.

Surprisingly, result for the Covid-19 test which was done while the duo were away was sent via email but the names of Coach Banjo and Lukman Agbabiaka were included.

The result however showed that four of the players tested positive to Covid-19 and as such were quarantined.

A more shocking news hit the team when they were told that they were not going to participate in the tournament. It was the greatest blow they could receive after covering the 3925km journey from Lagos, Nigeria to arrive Kenya.

The decision was taken in a meeting where no official or representative of the Nigerian team was present. However, two videos were sent to them, with officials communicating via sign-language on the outcome of the decision.

However, what was surprising was that the entire team was not allowed to play when only four had tested positive to the Covid-19.

As at press time, the Deaf Eagles have embarked on hunger strike, as they have all refused to eat their food. This is arguably the greatest injustice they have experienced in their lives.

It is not heard anywhere in football, that an entire team can be stopped for participating in a football competition when only four tested positive to Covid-19.

Nigeria is a strong force to reckon with in Africa Deaf football. Perhaps denying the team an opportunity to clinch the Deaflympics ticket was a strategy.