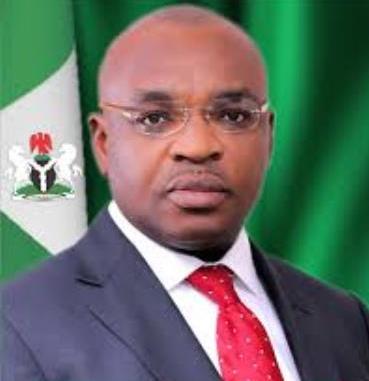 The Director General of the Cross River Migration and Control Agency, Prince Mike Abuo, has said that within the last four years, the state has been burdened by no fewer than two hundred thousand refugees, migrants and internally displaced persons.

Abuo, who spoke in Calabar, Tuesday, shortly after a paper

presentation in a workshop organised by Children of Rural Africa- Nigeria (COR Africa), said the figure is made up of Cameroonian refugees, and internally displaced persons from Bakassi and places torn apart by communal conflicts.

Lamenting the effect of such number of people on the state’s economy, the DG charged the federal government and the International Commission for Migrants, Refugees and Internally Displaced Persons to conduct a comprehensive survey of refugees and IDPs in the state.

Abuo argued that the survey would make it easy for a database to be built to enable the government have a full grasp of actual figure of migrants and refugees in Cross River.

He decried the ceding of Bakassi, saying the influx of displaced persons from the ceded peninsular as well as refugees from Cameroon who are still currently being held up in bad condition in Obanlikwu local government of the state demand more attention from the international communities.

“We have influx of thousands refugees because of the civil war in the Cameroon, it’s overwhelming. This is not something that the state government alone can handle.

“We also call on the UNHCR to stand by us by improving upon the good works that they have been doing, and the International Organisation for Migration (IOM) and other international organisations to provide some funding and intervention.

“We call for increase in terms of international funding to provide succor for these persons. The facilities that are available are not enough to cater for the number of refugees that are in the state,” the DG stated.