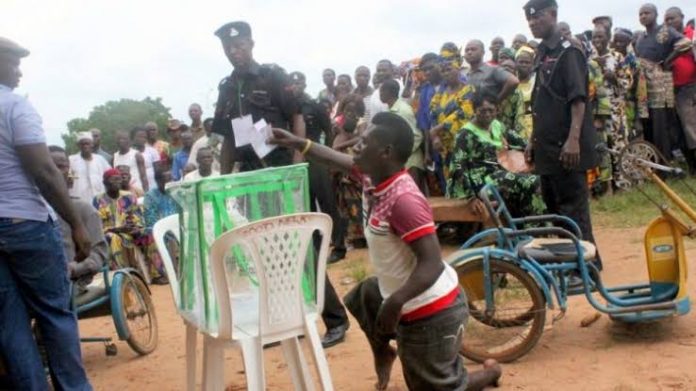 The Independent National Electoral Commission (INEC) says it has received 50, 395 applications from persons with disability requesting for voter transfer, replacement of Permanent Voter Cards (PVCs) and update of voter information record, among other requests.

It says 931,768 Nigerians have completed their physical registration in its ongoing nationwide Continuous Voter Registration (CVR).

The commission disclosed this in the Week 11 update on the pre-registration, which commenced on June 28, released on Monday in Abuja.

INEC further revealed that 4,225,749 Nigerians have requested for voter transfer, replacement of Permanent Voter Cards (PVCs) and update of voter information record, among other requests.

The News Agency of Nigeria (NAN) reports that distribution of applications based on gender shows that 2,308,338 are from male, 1,917,411 from female, while 50,395 of the applicants are from people with disability.

NAN also reports that the week seven update on the 931,768 registrants who have completed their online and physical registration shows that Anambra records 138,795 as the state with the highest number, followed by Osun with 52,823.

VDI Advocates For Accessible Quality Education That Leaves No Students With...